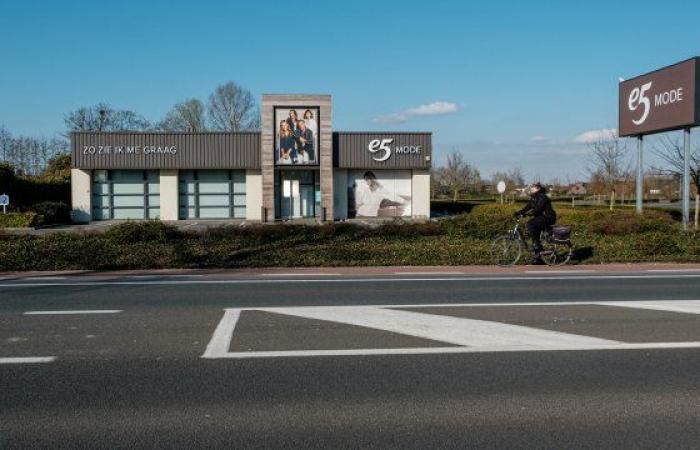 The clothing store chain E5 Mode will hold a special works council on Friday. The unions expect the company to seek protection again from its creditors. Last summer’s rescue operation did not bring any solace.

At 2.30 pm, E5 Mode convenes the unions. What the company will announce is unclear. CEO Frédéric Helderweirt is not available. The unions think the clothing chain will seek protection from its creditors.

E5 Mode already applied for such a WCO procedure in April this year. The chain had been making losses for four years when the corona virus consumed 12 million euros in turnover at the beginning of this year. This put the company in even more serious trouble.

A debt rescheduling was carried out last summer. Creditors dropped some of their claims and also gave the company more time to repay debts.

The staff also made a contribution. Bonuses were canceled or postponed, as was the deferral payout.

But owner Helderweirt indicated after the crisis in the summer that the company had not yet been finally rescued. He had failed to find a new financier who would inject extra money into the business. According to the entrepreneur, this was so desperately needed that he could not rule out selling the company completely to a new investor. He would therefore continue to look for a new financier.

“It still doesn’t exist,” says Bart Leybaert of the BBTK trade union. “And corona hits hard again.” For several weeks, all Belgian stores have been closed again, by order of the government. He wants to use the measure to reduce the number of corona infections. ‘In that context, E5 Mode may soon be asking for protection against its students.’

Helderweirt would make the chain profitable again. This was partly due to a collaboration with the fashion group FNG, where he worked until just before the takeover of E5 Mode. E5 Mode would purchase its clothing through FNG, thus saving costs. But FNG has since gone bankrupt. The court is investigating whether fraud was involved in the bankruptcy.

These were the details of the news E5 Mode in trouble again for this day. We hope that we have succeeded by giving you the full details and information. To follow all our news, you can subscribe to the alerts system or to one of our different systems to provide you with all that is new.