What can still go wrong with the acquisition of Tata Steel?... 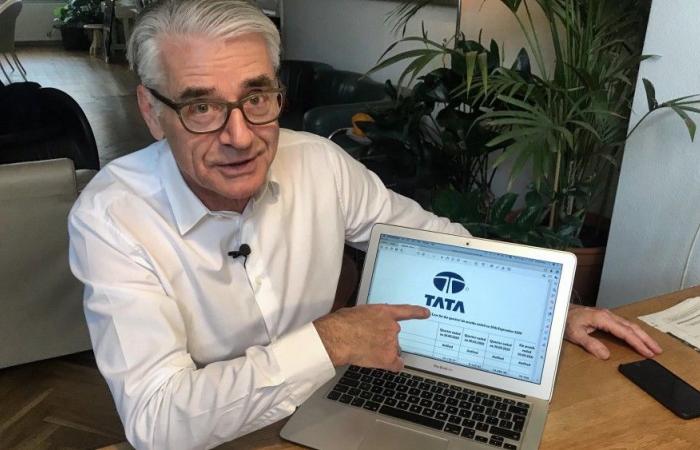 IJMUIDEN – ROTTERDAM There are no sacred houses or taboos during the negotiations between Tata Steel and SSAB about the possible sale of the IJmuiden steel plant. Everything is on the table, says Hans Schenk, emeritus professor of economics and business administration at the University of Utrecht, to NH Nieuws. Five questions and answers.

To begin with: what actually makes Tata Steel interesting for a company like SSAB to buy?

“Tata Steel Netherlands is one of the high-fliers in Europe. And by that I mean: effcient, good work ethic, peace of mind, good facilities and of course also geographically favorably located on the North Sea. {..} Only the profitability of the Hoogovens is now largely disappearing in the pot Tata Steel Europe. This also explains exactly why it is important that the European branch is split up, which is what the Tata Steel Group is now also working on. This makes them interesting for third parties, as an independently profitable player. And now also for SSAB from Sweden. “

Tata and SSAB are talking to each other. What can we expect in the coming period? Can you sketch a timeline?

“We calculate averages for these types of processes. How long do conversations take on average? And then we arrive at about three months. But the run-off to the shorter side, as well as to the longer side, can vary considerably. it takes a year, sometimes even two years before a deal is finalized. And sometimes it also ends in lawsuits.

Who is economist Hans Schenk?
Prof. Hans Schenk (71) has been a professor of economics for eighteen years at the Utrecht School of Economics at Utrecht University. Schenk’s research focuses on merger and acquisition issues, competition policy, financial markets and sector issues.

Trade unions are reacting ‘cautiously positively’ to the developments and point to the agreements made with the Dutch management to prevent forced redundancies (until 2026). Is that tenable or will these agreements soon be on the cutting table?

“In this phase, everything is put on the table again. So these agreements are also re-examined. But those Swedes are very familiar with trade unions. Now that is a big advantage if you have to negotiate with a Scandinavian partner. British and Americans. Swedes will not act as a prototype capitalist. “

“But it also belongs to the assets of the company. You buy ‘Blast furnaces and that includes contracts, such as with suppliers and customers, and also those with the trade union movement. They will certainly not just disappear from the table. They are part of the negotiation. . “

We still have fresh memories of the failed merger with the German ThyssenKrupp. The European Commission did not see this plan. Could it be that ‘Brussels’ can cause problems again?

“This collaboration with ThyssenKrupp has been canceled because it was framed too defensively, like: ‘otherwise we can’t cope with Asian imports.’ However, after Estel, Corus, and now Tata Steel Europe (TSE), few parties believe that scaling-up can be effective in that respect, be it against takeover, not against price dumping The European Commission has also suggested that TSE and ThyssenKrupp have a A better story had to come, but that was too much to ask. A fusion of these two would not have offered an ounce of innovation, and the most efficient part of the two, Tata Steel Netherlands, would have been sacrificed again to gigantism. “

“Now we are dealing with SSAB with a much smaller player than ThyssenKrupp is in the steel market. And also incredibly innovative. And also located in Sweden and not in Germany. That means that the steel market can take a radical renewal step. certainly appeal to the committee. I don’t expect any barriers from Brussels.

Finally. What are the chances of a Swedish owner?

“I think the chance that this will work out is very real. But that will really have to be fought over and negotiated at the negotiating table. And then it very much depends on who will sit down with you there. For example, if you have representatives of that. If you put down the old-fashioned vision, you have a much smaller chance of success. And if you put people there who look to the future, the chance will increase. “

Last financial year, Tata Steel Europe made a loss of nearly one billion euros. Nevertheless, Schenk considers the chance of a bankruptcy of Tata Steel Europe very small. “I have also taken a look at the recent quarterly figures and cannot detect any false crooked structures. I do not expect Tata Steel to have its back to the wall.”

These were the details of the news What can still go wrong with the acquisition of Tata Steel?... for this day. We hope that we have succeeded by giving you the full details and information. To follow all our news, you can subscribe to the alerts system or to one of our different systems to provide you with all that is new.