Melania Trump prefers poor military to her own husband’s | ... 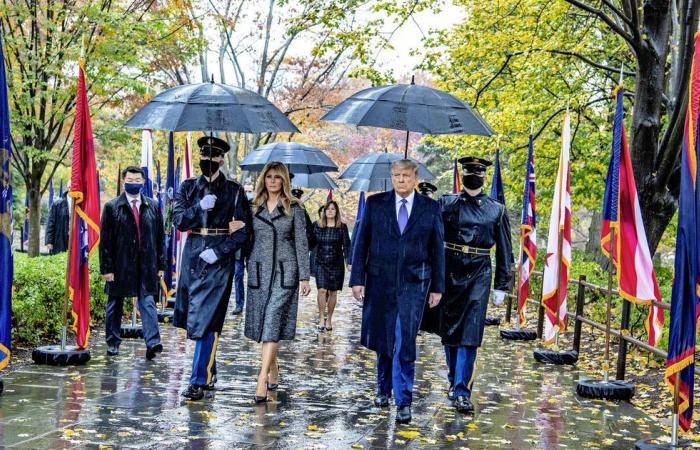 It was Melania who caused a flood of reactions. You could see how she had hooked her arm with that of a soldier instead of her own husband. She walks with the soldier under an umbrella while Donald walks next to her under an umbrella that is held up by another soldier.

According to Twitterers, the umpteenth proof that the marriage of the two is not good. Several times before, Melania could be seen smashing her husband’s hand away. “Melania once holds the arm of a real man for a change,” said a Twitterer. “She is currently filling out the divorce papers,” someone else thinks. There is also criticism of the fact that they both do not wear a mouth mask and that Melania does not keep their distance. “She also endangers the soldier by not wearing a face mask.”

Trump was also on Twitter again on Thursday. According to him, 2.7 million votes have been removed for him.

These were the details of the news Melania Trump prefers poor military to her own husband’s | ... for this day. We hope that we have succeeded by giving you the full details and information. To follow all our news, you can subscribe to the alerts system or to one of our different systems to provide you with all that is new.