Arrival of ultra-large LNG ship is milestone for ‘mister LNG’ 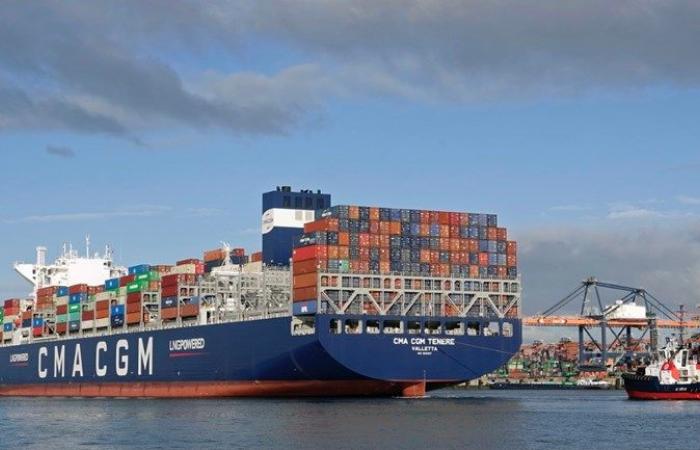 It was he who made a visionary sketch ten years ago of a port where, in addition to importing, storing and exporting LNG, LNG could also be bunkered. Internationally, that port was soon given the name ‘Bean Port’, after the surname of the inventor. “There were really people looking for this Boonhaven in Rotterdam, but it doesn’t exist at all,” he laughs now. It is a happy laugh, because thanks to that one drawing, Rotterdam was able to grow into the first Western European bunkering port for LNG.

As an expert on hazardous materials, Boon was convinced that the liquefied natural gas was an affordable and cleaner alternative to the conventional fuel oil as fuel for shipping. Partly thanks to his efforts, bunkering LNG has now become a very normal operation.

But that did not happen automatically. For example, shipping had to be prepared for the switch to LNG. New bunker ships were needed and the port regulations had to be amended.

With the arrival of the Gate Terminal on the Maasvlakte, the use of LNG took off rapidly. VOPAK and Gasunie had this import terminal built in 2010 for the supply and storage of LNG. Soon the question arose whether the fuel would also be suitable for shipping, and so Boon got to work.

“Nine bunker ships that can supply LNG to sea and inland shipping are now sailing in Rotterdam. Even cruise ships can be bunkered in the center of Rotterdam,” says Boon. “And that while in the eighties residents were still protesting against the arrival of a large gas terminal on the Maasvlakte.”

Bunkering the Jacques Saade, Wednesday evening at RWG on the Tweede Maasvlakte, is the last phase in the introduction of LNG as a fuel for shipping for the Barend Gerecht. “It is the first large, 23,000 TEU, 400-meter container ship that does not run on heavy fuel oil. It has a tank on board that can hold 17,000 cubic meters of LNG. The Gas Agility will bunker this vessel during loading and unloading. bringing such large quantities of LNG on board. This has not been shown anywhere else. “

The Jacques Saade is the first in a series of newbuild ships from the French shipping company CMA CGM. The company believes in LNG as a fuel for the future and a few years ago decided to run its new fleet of twenty container ships on LNG: nine 23,000 TEU ships; five 15 thousand TEU ships and six 14 thousand TEU ships.

The fact that terminal work can continue as usual during bunkering has convinced the shipping company to come to Rotterdam with its ships. Cees Boon: “Bunkering such a large ship takes between sixteen and twenty hours. If the other work can continue as normal, it saves a lot of time. We have done a lot of research into this, because it does require adjustments in regulations and techniques. But RWG is ready for it. And Total’s Gas Agility is the largest bunker ship in the world, specially built for this purpose. It can handle all of that. “

Thinking about the future

CMA CGM will be bunkering around 300,000 m3 of LNG in Rotterdam every year with its nine new ultra-large ships. “Nowhere else in Europe can do that,” said a delighted Cees Boon. “I am proud of Rotterdam and all the people involved in this, but above all I am very happy that we are moving. That we are thinking about the future, because that is really badly needed.”

A ‘small’ test has already taken place this weekend. The CMA CGM Tenere visited Rotterdam for the first time. It is the first LNG-powered 14,800 TEU vessel. The Gas Agility provided the 366 meter long ship with 17 thousand tons of LNG; enough to sail for 84 days.

For the Port Authority’s advisor, the arrival of the larger ship the Jacques Saade is a milestone, but also the final piece of his LNG activities. Now that liquefied natural gas is bunkered in the port of Rotterdam on a daily basis, he dares to leave his work to the operational services. And in the meantime he is also busy preparing the nautical world for new fuels.

Boon: “There is a lot of movement in making shipping more sustainable. Each segment has its own solution. For maritime shipping this is LNG, methanol and ammonia. In short sea shipping, hydrogen is the fuel for the future. And inland shipping is opting for hydrogen or ammonia. electric. There is no winner. That’s what makes it so interesting. “

These were the details of the news Arrival of ultra-large LNG ship is milestone for ‘mister LNG’ for this day. We hope that we have succeeded by giving you the full details and information. To follow all our news, you can subscribe to the alerts system or to one of our different systems to provide you with all that is new.