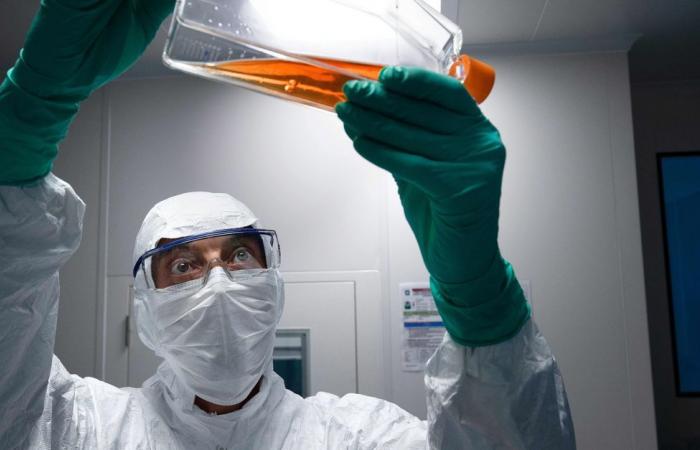 Let’s not count ourselves rich. On Monday, the American pharmaceutical company Pfizer, together with the German BioNTech, released the first really exciting Covid-19 news since the start of the pandemic. The interim results of their test in tens of thousands of subjects showed that their candidate vaccine against Covid-19 is 90 percent effective. That exceeded all expectations.

But world leaders rushed to dampen expectations on Monday, fearing people are now throwing the corona measures overboard. “It will be many months before there is wide vaccination,” warned president-elect Biden. British Prime Minister Johnson stated that “a major hurdle had been overcome,” but “more” to come.

Virologists see in the news a greater chance that other candidate vaccines, such as those from AstraZeneca (with Oxford University), Moderna, Novavax and Janssen (Johnson & Johnson), will show positive results in the coming weeks. If several turn out to be effective and safe, and drug authorities approve them, large-scale vaccination can actually take place.

This raises the question of how pharmaceutical companies and governments are going to get ‘the’ vaccine to billions of people, and thus set up the largest vaccination campaign ever. After all, the production and distribution of a vaccine on this scale is just as complicated as its development, according to the pharmaceutical world. We list the steps between the laboratory and the upper arm, with their most important bottlenecks.

Making a vaccine in a glass bottle in the lab is one thing, producing it on a large scale in a factory is quite another. Take the vaccines based on a harmless cold virus with a piece of the coronavirus, such as that from AstraZeneca or Janssen. These vaccine viruses are grown in cells in a liquid with special ingredients. In order to grow large quantities in a 1,000-liter bioreactor, it is necessary to find out how those cells receive sufficient oxygen and nutrients for days on end. “That can take months,” says Gideon Kersten, professor of vaccine development in Leiden. “The cells are fragile, so you cannot bubble oxygen through the bioreactor too hard.” The reactors are very expensive, often a production line has only one, sometimes a few. So not many conditions can be tried.

Another bottleneck is the transfer of knowledge from the lab to the factory. “Sun tech-transfer is a hell of a job, ”says virologist and epidemiologist Jaap Goudsmit, also former head of Janssen’s Crucell Vaccine Institute.

The more of those tech transfers that are required, the greater the delay can get. Astra Zeneca has fifteen production locations, according to Goudsmit, pharmaceutical company Johnsson & Johnsson, for example, is setting up only three for Janssen’s candidate vaccine.

The vaccines based on a protein fragment, such as that of Novavax, again face another bottleneck. They often need an aid, an adjuvant. There may be a shortage of this if large-scale production is required.

A vaccine must end up from the bioreactor in a handy package per dose, or a few doses. Some vaccine manufacturers do that part of the process themselves, others outsource it. “Filling capacity will probably be the most important bottleneck,” expects Jorrit van Hoorn, an independent consultant in the vaccine industry. For example, he points to the enormous capacity that CEPI needs. CEPI, an organization promoting the development and availability of vaccines, has reserved 1 billion doses of filling capacity from companies in Spain and South Korea. “Few companies can handle those numbers.”

The production of the glass bottles in which vaccines are packaged must also increase by billions. This one vials are made from specialist borosilicate glass. The German company Schott is one of the largest producers worldwide.

“We have a lot of requests for vials,” says Hans Arts of Schott Benelux, “but we can never serve everyone at the same time. That is why we have made agreements with the parties that we believe will be successful in finding a vaccine. We naturally hope that our expectations will come true, then we will have chosen the right partners and serve the market. ”

Fridge temperature, minus 20 or even minus 70 degrees Celsius – each vaccine has its own storage temperature. Especially for the unstable RNA vaccines, a low temperature is often required. And all supplies for the so-called ultra-cold storage of minus 70 will become scarce.

Carrier DHL has calculated that there are about 25 countries that have sufficient capacity for vaccines that must be kept frozen. That accounts for only a third of the world’s population.

Also read: Follow the global race for a vaccine


Pfizer has 350 freezers on its factory site in Kalamazoo, USA The Wall Street Journal. The scarcity of ultra-cold is expected in the hospitals, GP practices and sports halls where the vaccine will be administered. Pfizer has therefore developed its own cooling box, in which 5,000 doses can be stored at minus 70 degrees for ten days.

Simon Wierper of HapoH, a wholesaler in Baarn that supplies refrigerators for vaccines, expects that there will be a high demand for cooling capacity. It remains to be seen which cooling that will be: ‘normal’ fridges, freezers that can handle up to minus thirty or cabinets that can handle ultra-cold. For a supplier such as Wierper, a lot will depend on which vaccines the Netherlands includes in the national vaccination program. “Anyway, it will be a gigantic operation,” he predicts.

It’s not more than a rough estimate, but DHL expects it will take 15,000 cargo flights over the next two years to provide the world with vaccines. Transport by ship is expected to be less suitable, because vaccines will often have a limited shelf life. Pfizer has already made its distribution plan public: every day, from Kalamazoo in the US and the factory in Puurs, Belgium, around 24 trucks with 7.6 million doses will drive to airports where they will be transferred onto 20 planes of courier services FedEx, UPS and DHL. They will then distribute the boxes by truck.

For developing countries that will receive vaccines from the COVAX cooperation program, Unicef ​​is working on a distribution plan from its distribution center in Copenhagen. By the end of the year, Unicef ​​wants to have stored 520 million injection needles and to have an overview of the weak spots in the cold chain.

Just like in rich countries, the biggest problems are at the end of the chain. Unicef ​​and the vaccination organization GAVI are experimenting with drones for delivery in remote areas, AP news agency writes. In the past three years, they have provided some 40,000 locations in Africa and Asia with cold storage, often based on solar energy.

Once the vaccine doses are within reach, they have yet to reach the upper arms of many millions of people. That is also more difficult if the vaccine has to be stored in a freezer or even at minus 70 degrees. “That is the Achilles heel of the RNA vaccines,” says professor Kersten. “In Western countries, too, everything is designed for storage in the refrigerator.”

The Health Council will soon issue an advisory report on which groups should be vaccinated first, such as healthcare workers, the elderly and people with underlying conditions. “This is only possible through the GPs. We have a lot of experience with this with influenza vaccination, ”says microbiologist Roel Coutinho, former director of the Center for Infectious Disease Control at RIVM. “Mass vaccination is quite a logistical operation, especially if there are still special requirements for storage, but we can do that.”

“A vaccine is only available when it can be obtained from the doctor,” says Goudsmit. “Many approved vaccines still die because the company cannot complete production. ”

Given the snags to rna vaccines, Goudsmit is putting his hope in, for example, the viral vaccines from AstraZeneca and Janssen or the protein vaccine from Novavax. “A vaccine will come, that’s what Pfizer’s results show. But we have to see which it will be.

A version of this article also appeared in nrc.next on November 11, 2020

These were the details of the news From lab to upper arm: five bottlenecks for this day. We hope that we have succeeded by giving you the full details and information. To follow all our news, you can subscribe to the alerts system or to one of our different systems to provide you with all that is new.