What are the winners and losers after announcing Biden’s victory in... 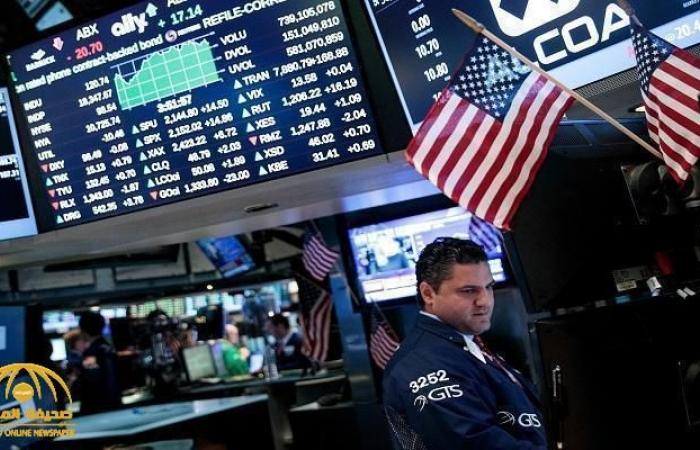 Al-Marsad newspaper – Agencies: Last week, major US stock indices made their biggest weekly gains since April, as investors bet on Biden’s victory and Republicans retaining the Senate, which could prevent any major tax increases or tightening of rules on companies. According to “Reuters”.

But investors fear the results will be contested for weeks or months. If Trump’s lawsuits gain momentum, they could shock asset prices.

“Investors should be prepared for some volatility … There is undoubtedly a risk to stock prices if we get bad tweets,” said Jason Ware, investment director at Albion Financial Group. The great news is that it will be short-lived and that we are transferring power to someone I see as much more capable. ”

But who are the winning and losing companies in the US elections?

The winners
Technology companies are likely to be the biggest winner in the stock market, according to Business Insider. The sector led gains on the market level on Wednesday and Thursday as investors saw that Congress is mostly divided over protections against antitrust laws.

The S&P 500 technology index rose 10 percent, extending the bullish narrative and reinforcing the higher valuations of the tech giants.

Healthcare stocks rose as the specter of intense government scrutiny faded, as the S&P 500 healthcare index rose more than 8 percent during the week, as investors bet on the failure to pass progressive health insurance reforms.

In the same vein, a similar index of financial stocks rose by nearly 6 percent in the hope that Republicans in the Senate will be able to prevent a corporate tax increase.

In the state elections, according to the analysis of “Business Insider” cannabis, “a clear win, as New Jersey, Montana, South Dakota and Arizona legalized the recreational use of marijuana, which quickly led to the expansion of markets for soft drugs.”

Shares in that sector continued to rise during the week following the announcement of “Biden’s victory,” as the Democrats indicated that they plan to decriminalize marijuana use at the federal level, although this may take a long time.

Shares of the “Aurora Cannabis” company for the production of cannabis rose to about 201 percent, and similarly shares of similar companies such as Tellree, Aphria and Canopy Growth rose.

Also among the winners are Uber and Ridshare Lift after Tuesday’s election results emerged, as they fought hard to pass a bid allowing gig firms to continue to classify their workers as independent contractors and avoid offering the benefits that come with full employment.

Uber shares jumped by as much as 36 percent, close to a record high, while Ridshare Lift shares rose as much as 41 percent.

The losers
Perhaps the energy sector will be one of the hardest losers due to the US election results, after rising nearly 4 percent on Tuesday, and the S&P 500 Energy Index has fallen again.

Meanwhile, the US dollar fell to its lowest level since March, as investors turned to the Federal Reserve (the central bank) to push the country’s economic recovery.

With expectations of an increase in inflation, the Federal Reserve indicated that it will not raise interest rates until inflation heads steadily above 2 percent, and that as long as rates close to zero are in place, the value of the dollar will remain weak.

In addition, the Fed may need to ease monetary conditions further to keep the recovery on track.

According to the “Business Insider” website, such efforts can add liquidity to the financial system and further weaken the value of the dollar, and thus it is certain that a weak dollar will reduce the cost of import, which is reminiscent of the current US President Donald Trump’s repeated calls for a weak dollar to improve capacity. The competitiveness of the United States in trade

These were the details of the news What are the winners and losers after announcing Biden’s victory in... for this day. We hope that we have succeeded by giving you the full details and information. To follow all our news, you can subscribe to the alerts system or to one of our different systems to provide you with all that is new.