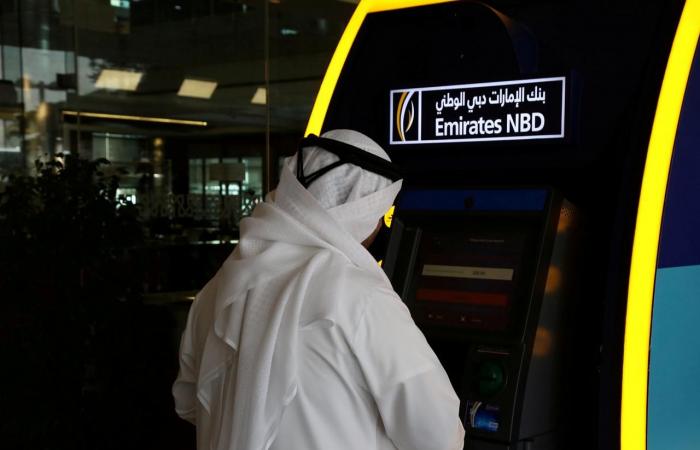 Jeddah - Yasmine El Tohamy - CAIRO: Banking sources revealed that Emirates NBD, listed on the Dubai Financial Market, is in talks with Lebanese Blom Bank management to make an offer to buy its unit in Egypt.

The Bahraini Arab Banking Corporation is competing for the acquisition of Blom Egypt and is conducting due diligence work on the deal, which is expected to end in mid-November.

Reports said that NBD estimates the value of Blom Bank Egypt at about 6.5 to 7 billion Egyptian pounds ($413 to $444 million), about one-and-a-half times the total ownership rights in the bank.

ABC Bahrain began the due diligence procedures in late September.

His comments came after a number of Blom Bank Egypt employees submitted a request to preserve their rights after the completion of the sale process, which is likely to result in the merger of Blom Egypt with the bank of the buying party.

Lebanese Blom Bank, the main owner of Blom Bank Egypt, said that a request has been submitted to the Central Bank of Egypt to obtain the necessary approvals.

The Lebanese Blom Group needs about $240 million to increase its capital to comply with the instructions of the Lebanese government. This prompted the bank to announce the sale of its units in Egypt, which represent 46 percent of the group’s total profits.

Lebanese banks are seeking to boost their finances at a time when the country faces its worst financial crisis since the civil war.

Blom Bank Egypt is affiliated with the Blom Bank Group and began operating in Egypt in 2005. It has about 41 branches, and its paid-up capital amounts to 2 billion Egyptian pounds, according to its website.

Sources said that the UAE bank is looking to strengthen its presence in the Egyptian banking sector, which it already operates in through Emirates NBD Egypt (formerly BNP Paribas).

Blom Bank, one of Lebanon’s largest banks, confirmed that it is studying strategic options, including selling its stake in Blom Bank Egypt due to adverse business conditions in Beirut, and to abide by the decisions of the Central Bank of Lebanon to increase the capital.

Sources said the deal will likely be complete within weeks, adding that there are several advisers available, including international bank HSBC and CI Capital holding for financial advice, and the Baker McKenzie Fund for legal advice.

These were the details of the news Emirates NBD makes bid for sale of Blom Egypt for this day. We hope that we have succeeded by giving you the full details and information. To follow all our news, you can subscribe to the alerts system or to one of our different systems to provide you with all that is new.