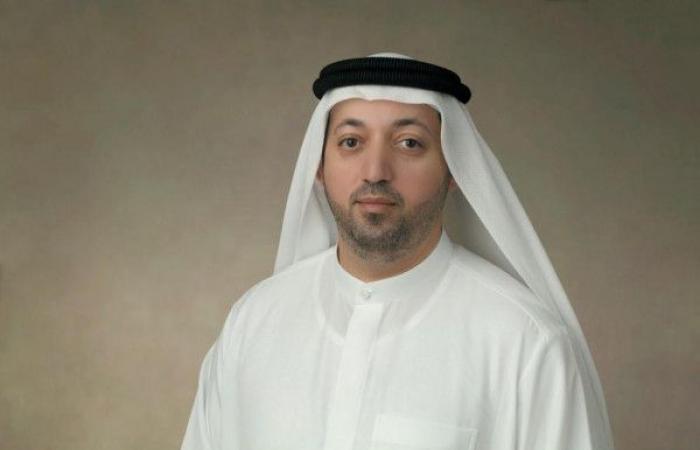 SHARJAH, 2 November / WAM – The Covid-19 pandemic demonstrated the importance of free zones in being a tool that attracts investments, stimulates trade and economic growth, through their flexibility in dealing with the rapid changes imposed by the pandemic on the global economy.

The Hamriyah Free Zone Authority in Sharjah embodies this through the role it has played during the past eight months by enhancing the competitiveness of the companies operating under its umbrella and providing a supportive environment for their business to overcome challenges and to ensure business continuity during the recovery period.

This success achieved by the Hamriyah Free Zone during the current year was reflected in the agreements and memoranda of understanding concluded from the month of March to mid-October, which numbered 6 agreements that varied between expansion of companies based in the zone or another to join, resulting in an investment of 2 million and 690 thousand square feet. In an indication of the growing attractiveness of the region and its importance as a starting point and expansion in the markets of the Middle East and Africa, and to reinforce Sharjah’s position as a destination for foreign investments.

In March, the “Arab and India Spices” company joined the group of companies investing in the Authority’s “Food Park” project, with an investment value of 150 million dirhams. On an area of ​​300,000 square feet, this project is the first of its kind in the MENA region as a grain warehouse that accommodates this amount that covers the consumption needs in the United Arab Emirates of pulses and lentils for a period of 6 months.

In July, the “Green Petrocam” Petrochemical Products Company, which is based in Hurra Al Hamriya, doubled its current storage capacity, as new areas of land estimated at 200,000 square feet were added. The company currently has a production capacity of 800 metric tons per day of petroleum products. It also operates with a total refining capacity of 2.1 million barrels per year. Its products include “Naphtha, Kerosene, Gas Oil and Fuel Oil” in addition to the production of solvents such as “Aliphatic Hydrocarbons, White Spirit, Mineral Oil and other petroleum products.”

In August, the “Orient Source Hong Kong” group of companies, OSHK, the global group specialized in the sector of trade, finance, ship repair and logistics services, announced the opening of the first multi-purpose maritime commercial facility on a total area of ​​247,570 square feet in Hamriyah Port in Sharjah and is targeting through its new project. Executing energy and infrastructure projects in the UAE and the Gulf Cooperation Council countries, which will specialize in the oil and gas sector, as well as managing an oil trading platform for major companies, which it launched in cooperation with the Hamriyah Free Zone.

Also in the same month, the Italian Dairy Products factory, which is based in the Sharjah Food Park as its headquarters for operations, announced the doubling of its total factory area to 26,000 square feet, to make the new factory one of the largest Italian cheese factories on The state level, where it consumes about 4,800 tons of milk annually to produce about 500 tons of fresh Italian cheeses (mozzarella, burrata, scamorza and ricotta /).

In September, the authority signed a memorandum of understanding with the company “Lamprell” specialized in providing engineering services, manufacturing and contracting for the oil and gas industries, which stipulated that the company lease a new land in the free zone with an area of ​​about 1.36 million square feet. The company “Lambrel” listed on the London Stock Exchange owns expertise. You reach more than 40 years in the field of engineering and industrial projects related to the oil and gas sector.

And recently, the authority signed a cooperation agreement with the Alucor company, which is specialized in the field of engineering, manufacturing, construction and procurement in the oil and gas sector, according to which the company invested land for the construction of facilities for it on the wharf of the inland port in the Hamriyah lake with an area of ​​about 555,418 square feet.

His Excellency Saud Salem Al Mazrouei, Director of the Hamriyah Free Zone Authority, told Emirates News Agency / WAM / that the region’s success in attracting companies resulted in an investment of 2,690,000 square feet, which is an incentive for us to define future goals and formulate long-term policies and methodologies by focusing more and more innovatively. To enhance the flexibility of our operations and their ability to adapt and adapt to any circumstances that arise, so that the Hamriyah Free Zone remains a driving force for economic growth and a critical element in the economic openness that attracts capital to the Emirate of Sharjah, confirming its position as a preferred global destination for investment and business establishment.

Al Mazrouei added: Since the start of the repercussions of the Covid-19 pandemic, we have made enhancing the competitiveness of operating companies a priority that we do not deviate from because the ties that bring us together with our investors are an essential part of our mission and our efforts to provide an incubating environment for their business in addition to our commitment to implement the wise directives of His Highness Sheikh Dr. Sultan bin Muhammad Al Qasimi Member The Supreme Council and Ruler of Sharjah by providing the best services and benefits to investors and working to create an ideal work environment that achieves their goals and enhances their competitiveness and their ability to grow and develop, and this commitment that we perform in front of companies has strengthened the deep confidence and global reputation that Hurat Al Hamriya enjoys as a leading destination for global and local investors.

The Hamriyah Free Zone is the second largest free zone in the United Arab Emirates, and it is also one of the largest free industrial zones in the country, as it includes industrial and commercial lands and is characterized by modern facilities that enhance the external expansion plans of its investors, especially in import and re-export to world markets.

Existing companies benefit from advanced infrastructure and modern facilities, and the region provides a single operating window that enhances performance efficiency and facilitates doing business, in addition to multiple tax exemptions, freedom to return capital and profits, full ownership of business, rapid communication with global markets, in addition to the efficiency of logistical support, all of which are key factors in attracting Corporations and investment preservation.

These were the details of the news Emirates News Agency – “Hamriyah Free Zone” strengthens its position as... for this day. We hope that we have succeeded by giving you the full details and information. To follow all our news, you can subscribe to the alerts system or to one of our different systems to provide you with all that is new.