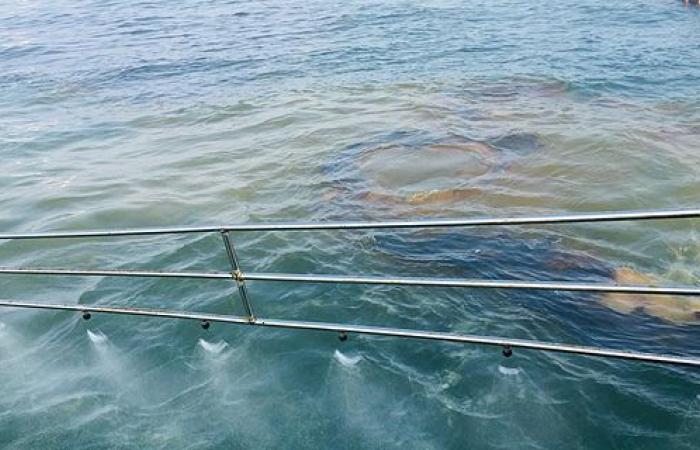 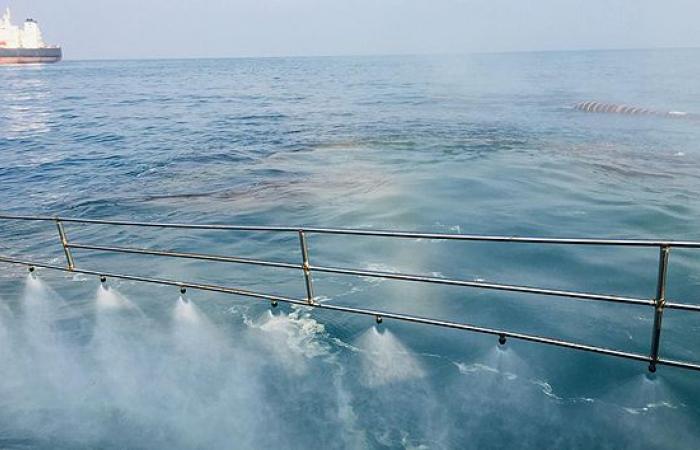 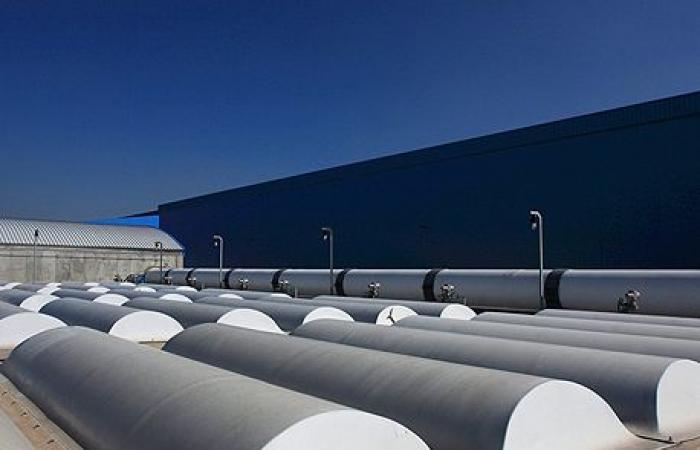 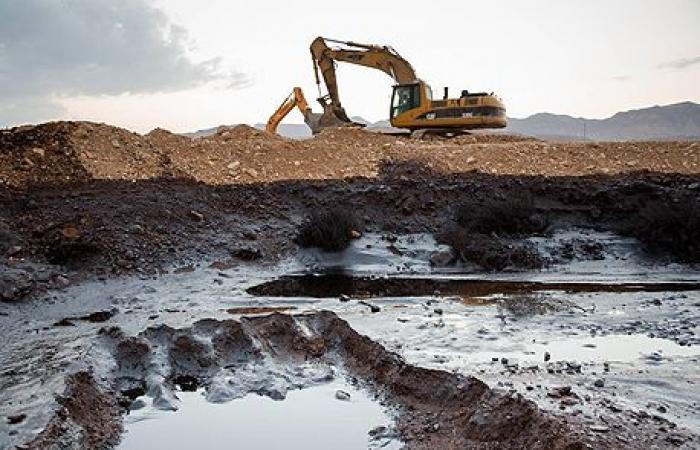 An unusual incident of an oil spill in the sea this morning (Friday) shut down the seawater desalination facility in Ashkelon for several hours: According to the Ministry of Environmental Protection, early in the morning he received a warning about a fault in the EPA (Eurasia Line) in Ashkelon Later, at around 13:00, the facility returned to operation, after the Ministry of Health approved the facility to return to work in light of the removal of the stain from the suction key.

“The staff of the Ministry of Environmental Protection, led by Rani Amir, director of the National Unit for the Protection of the Marine Environment, arrived at the scene and went with EPA teams to the erupting marine liaison, about 3 km from the shore. “Cubic meters, which occurred due to a malfunction in the emergency disconnect device in the pipe,” it was reported this morning. EPA’s pipeline is used to import and store fuels for the benefit of the local economy, from emergency fuels to crude oil that reaches the refineries from which diesel, gasoline or jet fuel are produced. 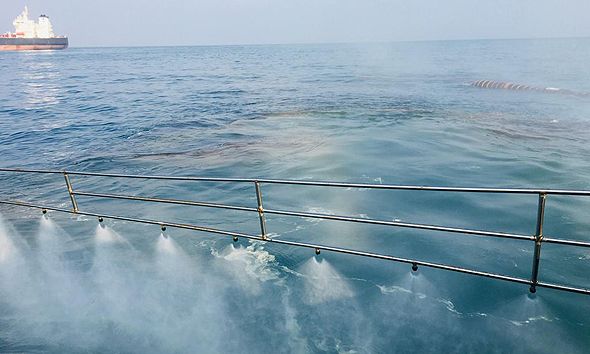 The leak off the shores of Ashkelon Photo: Amir Vered

According to the ministry, the EPA team sealed the pipe and began treating the effluent by spraying a substance intended for dispersing and discharging the oil in the sea, but “in consultation with the Ministry of Environmental Protection, the Ministry of Health instructed the desalination plant in Ashkelon to disable the plant.” The facility will return to work in accordance with developments in the field, “it was announced in the morning. Now, as stated, the facility is back in operation.

The desalination plant in Ashkelon is one of the four private desalination plants operating in Israel. According to data from the Water Authority, the construction of the facility began in 2003 and the water supply began in August 2005. The facility’s production capacity is 115 million cubic meters per year, when it originally supplied about 100 million cubic meters and over the years its output has increased. Until recently the facility was owned by IDE but it was sold this month to Varidis and the Keystone Foundation. 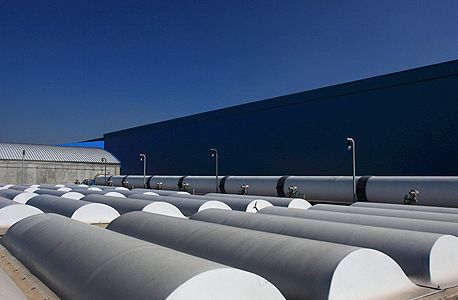 A EPA spokeswoman said in a response that the EPA is the energy gateway of the State of Israel and that its activity is essential to the energy economy in Israel. According to the practice, the leak was stopped immediately, the company’s emergency crews were activated, in collaboration with the Ministry of Environmental Protection, equipped with special means that include a substance that neutralizes the leaked material and returns the situation to its original state. The event is contained and controlled and is in the final stages. The company is investigating the incident. The company is committed to protecting the environment and is prepared for the best possible treatment of any unusual event, as happened this morning. “

Meital Amitai, CEO of the Association of Cities for the Environment, Ashkelon District, said following the incident: “This morning we learned of another environmental incident in the chain of serious environmental incidents at EPA, whose activities are taking place on the shores of Ashkelon, near homes. It is difficult in the environment and in the residents. In the fuel leak event that took place today, it was an equipment malfunction, luckily, this time the fuel leak was limited. The EPA company performs equipment and systems inspections, including the computer equipment protection system. The EPA must ensure that such a malfunction does not recur in the future. Just this week, a new indictment was filed against the EPA, subject to a hearing, regarding the nature reserve pollution case in Evron, and a new case has already been opened. For the enormous damage to the environment, and to the health of the residents. “

It should be noted that the EPA recently signed a memorandum of understanding for the flow of oil from the Emirates to Europe via Israel. The infrastructure available to the company in Ashkelon may be used for the new activity. You could say hello to the Red Sea corals. The event came as a reminder that the country is promoting a destructive plan for the Mediterranean and the Red Sea, which is expected to turn half the country into an oil pipeline, while unprepared to deal with sea spill events and blatantly ignoring the fact that times have changed. It is forbidden to approve the EPA’s plan that will create a lot of tanker traffic in oil in Eilat and Ashkelon. ”

Not the first leak of the EPA

EPA is engaged in the flow and storage of petroleum products, and is a government arm that also operates with foreign countries. EPA has been responsible for a number of oil spill incidents in the last decade. These are leaks that occurred as a result of maintenance work by the company itself or by subcontractors, under the previous incarnation of the previous company (Eilat Ashkelon Pipeline Company).

The more significant event is the large oil spill to the Evron Nature Reserve from the end of 2014, when about 5 million tons of crude oil flowed into the reserve. The extensive ecological damage there led the Ministry of Environmental Protection to file an indictment against former company executives (subject to a hearing), when a parallel civil lawsuit filed against the company amounted to NIS 100 million in compensation, of which NIS 32 million was for the reserve. The second incident was recorded in 2011 when subcontractor works damaged old piping that flowed jet fuel into the area. 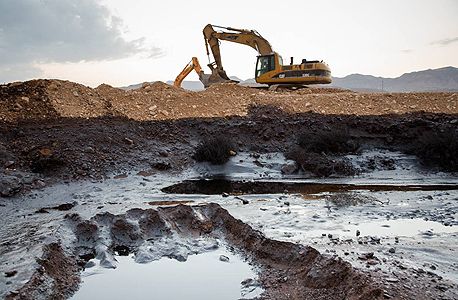 These were the details of the news The desalination plant in Ashkelon was shut down for several hours... for this day. We hope that we have succeeded by giving you the full details and information. To follow all our news, you can subscribe to the alerts system or to one of our different systems to provide you with all that is new.