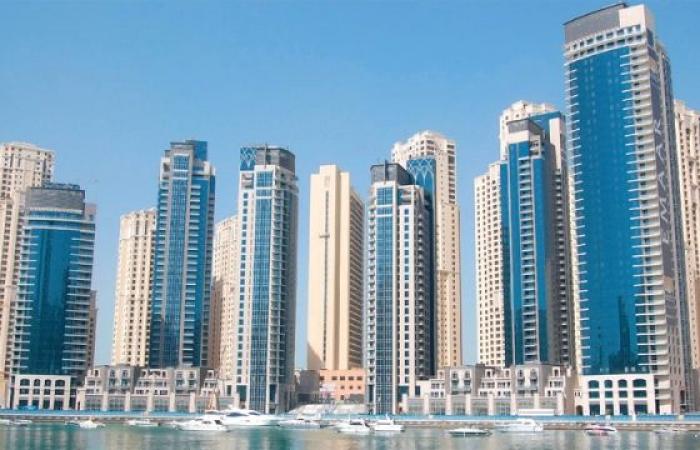 Company officials and real estate professionals reported that a number of hotels applied the system of long-term lease contracts, which ranged between three and six months, which increased their competitiveness with the residential rental market.

They indicated to “Emirates Today” that the price decline in hotel units was affected by the repercussions of the “Corona” pandemic, which prompted it to provide units at competitive prices that contributed to attracting a number of tenants, which was reflected in the residential rental markets, and an increase in the size of the facilities and reductions offered.

For their part, tenants stated that they prefer to rent hotel units to take advantage of the price decline and additional services, compared to what is available in the residential units, explaining that the hotel units provide serviced rooms in terms of maintenance and cleaning, in addition to the facilities of the hotel facilities such as gyms and swimming pools. Tenants must bear electricity, water, and telecommunications bills, as well as registration fees and deposits related to electricity and communication connections.

In detail, the tenant, Muhammad Jad Al-Karim, said that he rented a hotel room in the Deira area with a monthly value of 2500 dirhams, and that he prefers to live in the hotel over the residential unit for several factors, including cleanliness and serviced rooms, in addition to not bearing the burden of bills compared to the residential unit.

The tenant, Hassan Abbas, added that he rented a hotel room for 3000 dirhams per month, compared to the studio in which he previously lived, and he pays the same amount, in addition to the commission fees for the real estate office, electricity and internet fees, pointing out that the hotel room saves on the cost of maintenance and cleaning.

The tenant, Hussein Muhammad, indicated that he lived in a hotel with a three-month rental contract at a rental value of 3000 dirhams, and after his end he moved to another hotel at a rental value of 2500 dirhams, pointing out that he preferred to live in the hotel over the residential unit, because he saw the tempting offers from Before hotels and hotel apartments.

The tenant, Youssef Ismail, stated that “the hotel apartment has become better for him and his family, as he pays 4,000 dirhams monthly, including all hotel services except for meals, which makes it a better choice than apartments.”

The tenant, Ibrahim Ahmed, said that he moved from the residential unit in which he lived in Dubai to a hotel room, in conjunction with the emergence of the repercussions of Corona, which provided many opportunities in relation to hotels.

For his part, CEO of Al-Waleed Investment Group, Muhammad Abdul Razzaq Al-Mutawa, said, “It is natural for hotels to offer long offers to tenants in light of the decline in the number of tourists, in conjunction with the spread of the Corona virus,” indicating that this created a kind of re-pricing in the market. Rent, in conjunction with the entry of the new competitor represented in the hotel sector, which appeared in the form of a rental correction witnessed by the market during the current period, as residential buildings were affected by this trend by hotels, as vacancies increased in them, which affected the price equation.

He emphasized that although long-term rental rates do not cover the exorbitant charges for hotels, leaving the hotel without a good percentage of occupancy is a bigger loss.

For his part, the real estate expert, founder and director of the “Royal Liwan” Real Estate Company, Mohamed Bouhareb, said, “The entry of hotels into the rental market with long agreements could significantly affect the rental sector, as rents are expected to decrease in the event that hotels expand in operations Rent ».

In turn, the Director General of Marketing and Sales at Al-Rowad Real Estate Company, Alaa Masoud, said that “the entry of hotels into offering long lease contracts has its advantages in the market, as it increases the competitiveness of rents in the market, in addition to stimulating developers to offer furnished residential units. In full, to attract investors who want to maximize the investment return, by renting these residential units, given the returns on these apartments that are used in rental agreements for vacation homes.

In the same context, the CEO of Standard Real Estate, Abdul Karim Al-Mulla, said that “the effect of entering hotels competing in the rental market for long decades is a temporary effect, because there is a decline in operation at most hotels, due to the decline in tourist rates due to the repercussions of (Corona). ), In addition to that only a minority resort to hotel accommodation as an alternative to residential units, ”stressing that housing unit contracts are characterized by stability in prices.

For his part, Director of Manarat Al-Shati Real Estate Company, Fouad Jassem, said that “the phenomenon of providing some hotel establishments for long-stay contracts exceeding three months, has raised the competitiveness of the residential rental sector further in providing facilities and promotions, such as free months, parking and others. », Pointing out that« this phenomenon may be temporary, and keep pace with the repercussions of the (Corona) pandemic, but it has positively affected the increase in competitiveness and the provision of more diverse options for tenants.

The real estate expert, Hisham Al-Asaad, said that “competition between the various residential real estate categories, including units, villas or hotel apartments, is increasing in times of decline in the economic situation.”

He added that «the services available in the hotel apartments are better than the residential units, especially the advantage of downloading the bills, such as cleaning and ensuring a much better quality of services than managing the residential property.

He explained that «we see a significant decrease in the value of hotel accommodation allowances to attract new tenants, and we have accompanied in the past similar changes in the economic crisis, but with the reopening of tourism and the improvement of the economic climate, this will affect the competition between the types of housing units, and things will change because the main objective of hotel apartments Is to increase hotel revenues ».

In addition, the marketing and sales official in one of the hotel chains, Mahmoud Ali, emphasized that «the competitiveness – among some hotels in awarding relatively long contracts to occupy rooms, which were naturally affected by the pandemic, and which had greater global impacts in the tourism and hotel sectors – take into account the circumstances and possibilities. Tourism activity has improved in some periods. It is natural to find that the prices of the months in the winter season are higher than the room rates in the summer season, or even the beginning of the autumn season », pointing out that« contracts to occupy rooms for long periods may be made through a monthly rental that is automatically renewed according to the agreement with Management, which is among the various means of promotion offered by hotels during different periods.

The real estate broker, Magdy Abdel Aziz, confirmed that «the phenomenon of long contracts for leasing in hotel units, a reaction in the markets during the recent period to the repercussions of the (Corona) pandemic, and with some hotels heading to offer long rental offers, some ranging between three and five months, for rooms or apartments Hotel, to maintain adequate occupancy levels, instead of leaving the units vacant, taking into account the variables of the tourist season, as despite the existence of some long contracts, some hotels set higher price limits in specific months compared to other months ».

He added that «the new phenomenon contributed to the increase in offers of facilities and reductions granted by real estate companies», believing that «the phenomenon is linked to the repercussions of the pandemic, and therefore it is not necessary to continue for long periods».

The real estate expert, head of W Capital real estate brokerage, Walid Al-Zarouni, stated that “hotel units have become a new competitive factor in the residential rental sector, as the repercussions of the Corona pandemic contributed to offering hotel establishments and units at competitive prices and for long decades, in the context of confronting The effects of the pandemic, which in turn led to an increase in the competitiveness of the residential rental market, as some tenants recently preferred hotel units to renting traditional housing units, in order to take advantage of the advantages of lower prices, in addition to maintenance and cleaning services, utilities and other hotel facilities.

He added that “the recent entry of hotel units with long contracts has made several real estate companies increase their competitive offers and grant additional facilities and price reductions to compete to attract tenants.”

These were the details of the news Realtors: Long hotel contracts make the residential rental market competitive –... for this day. We hope that we have succeeded by giving you the full details and information. To follow all our news, you can subscribe to the alerts system or to one of our different systems to provide you with all that is new.