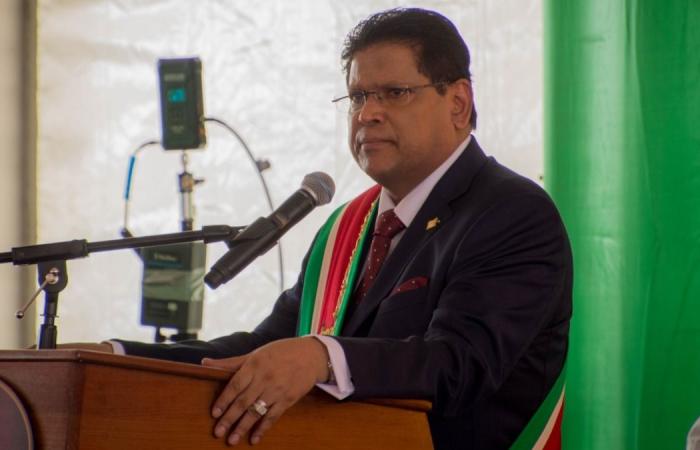 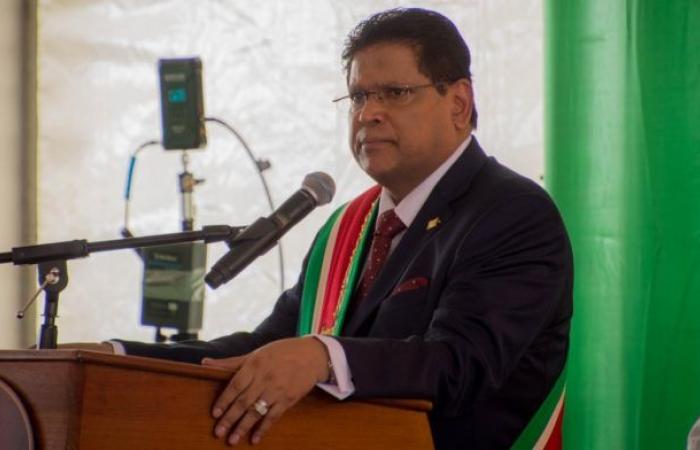 Ministers Armand Achaibersing (Finance and Planning) and Albert Ramdin (Foreign Affairs, International Business and International Cooperation) traveled to the Netherlands and France on the instructions of President Chan Santokhi. In France, the ministers will continue the talks with Lazard, with the aim of setting out a timeline and action program for the next three months.

Although President Santokhi is satisfied with the initiatives and the progress made with regard to the restructuring of the external debt and attracting investors to start up infrastructure and productive projects in Suriname, the head of state considers it important that at a high level to-face ”meetings take place. This is to assess all options faster and with a certain degree of urgency and to achieve concrete results.

The president realizes that the Surinamese population has been suffering from a process of impoverishment and decay for some time. With a new government team at the helm, measures must therefore now be taken to halt that process and difficult decisions will have to be made in the coming months, the CDS writes in a press release.

President Santokhi wants to minimize the impact of economic reforms through supporting measures. The mission of both ministers is of great importance for this.

Talks with the French Ministry of Foreign Affairs and Finance in Paris are also on the agenda, as well as a meeting with leading representatives from the French Development Cooperation Agency, the Paris Club and the Organization for Economic Cooperation and Development (OECD). Meetings with the CEOs of Total and Rubis (oil supplier to Suriname) have also been confirmed.

The two ministers will also hold talks in Paris with potential investors and companies interested in making capital investments in our country.

Most recently, the government has embraced the support of the Chandi and Amwed Jethu brothers, who have been hired as Senior Financial Advisors. The Jethu brothers have many years of experience in guiding international financing processes. These brothers also play an important role in the project which will be completed in France.

Ministers Ramdin and Achaibersing will hold talks in the Netherlands with Ministers Sigrid Kaag (International Cooperation) and Wopke Hoekstra (Finance).

In the Netherlands, discussions will also take place with diaspora organizations that are currently setting up a diaspora platform. In addition, discussions with various investors who want to develop projects in our country are also on the agenda.

The ministers will return to Suriname on October 26 and will report immediately on the talks held to the president.

*The article has been translated based on the content of Source link by https://www.srherald.com/suriname/2020/10/18/president-stuurt-ministers-naar-nederland-en-frankrijk/
. If there is any problem regarding the content, copyright, please leave a report below the article. We will try to process as quickly as possible to protect the rights of the author. Thank you very much!

These were the details of the news President sends ministers to the Netherlands and France – Suriname Herald for this day. We hope that we have succeeded by giving you the full details and information. To follow all our news, you can subscribe to the alerts system or to one of our different systems to provide you with all that is new.