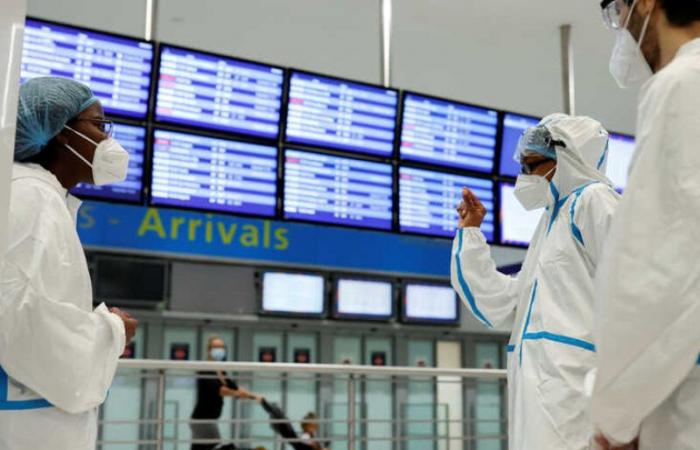 For the first time, next week, the first experiments on a “digital health passport” will begin by passengers traveling from the United Kingdom to the United States. The British newspaper The Guardian revealed that the new passport comes within the framework of a Covid-free air travel plan to lay foundations for uniting global efforts. In order to ensure safe air travel.

The “Common Pass”, supported by the World Economic Forum, is designed to be a document within a common international form for travelers to prove that they are not infected with the Coronavirus.

Despite this, critics of the plan point to concerns about the sensitivity and specificity of tests in various countries amid concerns of increased monitoring of people’s movements.

Countries that closed borders and imposed quarantines are looking for ways to carefully reopen their borders, ‘said Paul Mayer, CEO of the Commons project, in an interview with The Guardian, who secured startup funding by the Rockefeller Foundation two years ago and created the Digital Health Card.

Meyer added that it is difficult to do so, and it requires the ability to assess the health of incoming travelers, and we hope that soon we will start seeing some vaccines.

The test will be applied to passengers traveling from Heathrow Airport in Britain to Newark Airport in the United States on a United Airlines flight next Wednesday.

Several companies will cooperate in the project, including Printex for special tests, and travel services and medical services company Collinson, in facilities dedicated to the examination of corona established with Swissport.

It is noteworthy that the digital health card was approved and tested by Cathay Pacific on flights between Hong Kong and Singapore.

The card will operate via a QR code that can be scanned by airline employees and border officials in the event of a negative test.

Questions arise about the results, as the test generally used in the United Kingdom does not indicate whether a person is contagious or not and does not distinguish between those infected, and there were many false results as a result of that.

These were the details of the news The first digital health passport for this day. We hope that we have succeeded by giving you the full details and information. To follow all our news, you can subscribe to the alerts system or to one of our different systems to provide you with all that is new.