Great turmoil in global stock markets … what are the reasons? 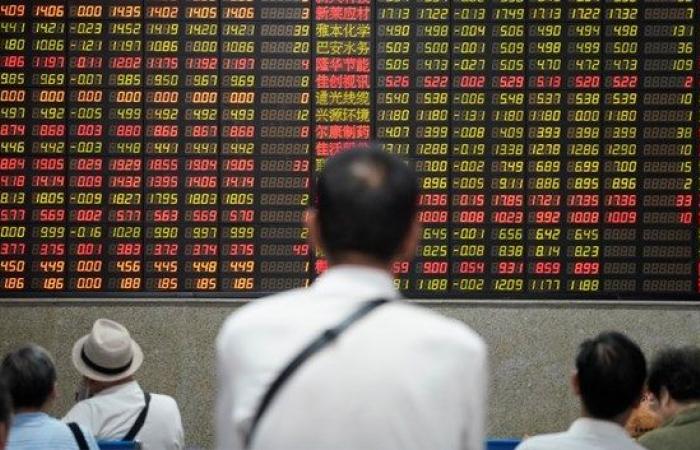 Global stock markets are witnessing a turbulent trading session, and discussions about the US recovery plan are stalled, while the post-Brexit trade agreement between Britain and the European Union falters.

Markets.com chief analyst, Neil Wilson, commented that “disappointment over the US economic recovery plan, and the uncertainty associated with Britain’s exit from the European Union and the increase in the number of COVID-19 infections across Europe are all factors of an explosive mixture.”

The long-awaited plan to revive the American economy by American families and companies, which have been severely affected by the epidemic, is facing a slowdown in its approval, due to the lack of consensus on its provisions between the Republicans and Democrats busy with the presidential elections.

There was little hope of reaching an agreement in this regard, ahead of the November 3 elections, with comments from Treasury Secretary Steven Mnuchin, who said, “We continue to make progress on certain issues, and on others we are still far apart.”

This also dampens the enthusiasm of European investors, who are already worried about the outbreak of the “Covid-19” epidemic in the old continent, and the tightening of restrictions imposed to slow its spread.

Today, Thursday, French President Emmanuel Macron announced that about 20 million people will be subject to a night curfew, starting next Saturday. And strict restrictions were imposed in Northern Ireland, Ireland, Catalonia, the Netherlands and Germany, where a record number of daily injuries were recorded.

“Re-imposing isolation measures in Europe seemed impossible until recently. But with the arrival of the second wave, we can no longer rule it out completely,” said an analyst at Axi Kotkovic.

This situation raises serious questions about the financial position of the companies by the end of the year, when the latter will be severely affected by the consequences of the first wave.

The third quarter results will be carefully reviewed in the coming days. Currently, two US banks, “Bank of America” ​​and “Wells Fargo”, presented disappointing numbers and recorded a sharp decline on Wall Street on Wednesday.

Also, the Brexit has a big impact on the financial markets. European Union leaders are determined to show their steadfast position Thursday, in Brussels, at a post-Brexit trade relationship summit, despite pressure from British Prime Minister Boris Johnson threatening to halt negotiations.

Today, Thursday, the low-cost Irish “Ryanair” Airlines announced that it will once again reduce the capacity of its flights, due to the “Covid-19” epidemic and the decrease in the number of flights, to become this winter 40 percent instead of 60 percent last year.

Likewise, the share price of IAG Airlines decreased by 4.03 percent to 94.30 pence due to reduced air traffic.

These were the details of the news Great turmoil in global stock markets … what are the reasons? for this day. We hope that we have succeeded by giving you the full details and information. To follow all our news, you can subscribe to the alerts system or to one of our different systems to provide you with all that is new.

PREV Saudi economy to grow 7 percent in 2022, ahead of other GCC countries: World Bank report
NEXT Sustainable beauty: Capturing a rising demand for conscious living