Stopping the collapse of the Lebanese pound … The Central Bank... 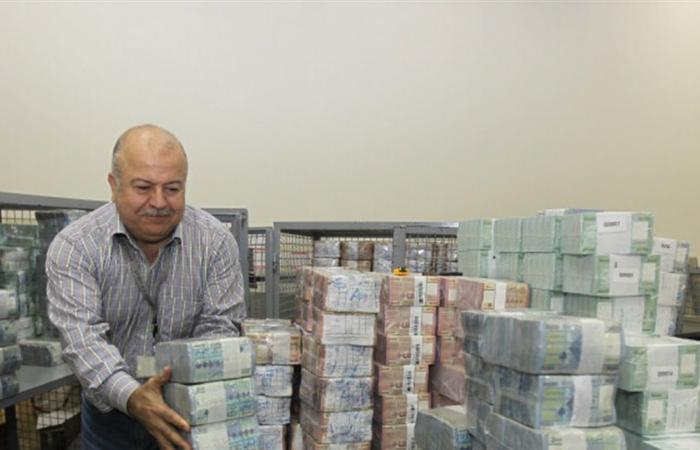 Rana Sarti wrote in Al-Jumhuriya newspaper under the headline: “The Central Bank of Lebanon is trying to curb the collapse of the Lebanese Pound”: “The huge monetary mass in the Lira has become a satisfactory phenomenon with regard to the financial situation, as the exchange rate of the dollar on the black market continues to rise steadily. Who crossed it through the circular 573. Will it succeed?

Last Friday, the Banque du Liban issued an intermediary circular No. 573 to banks and financial institutions, in which it added to the text of Article 14 of Basic Decision No. 6116 dated 3/7/1996 Section VI bis which reads: “The customer pays the percentage required to be covered in accordance with the provisions of this article to the bank The concerned Lebanese pound is based on the exchange rate determined for the Bank of Lebanon’s dealings with banks (1507.5 Lebanese pounds to one American dollar), provided that the bank deposits them as banknotes in the Banque du Liban, in order to secure the foreign currencies needed for the import process.

This circular actually affects importers of subsidized goods if the drugs, fuel and wheat are on the official exchange rate at 1,500 pounds, or importers of subsidized foodstuffs on the exchange rate set by the Banque du Liban at 3,900 pounds, because these traders are obligated to insure 85 percent of the value of the goods. Imported in Lebanese pounds at the subsidized exchange rate, and thus the Central Bank of Lebanon, through this circular, is required to secure this percentage in cash, and not through bank checks, as is usually the case.What is the purpose of generalization?
Through this circular, the Banque du Liban seeks to absorb the Lebanese pound banknotes that it pumped into the market, as a result of printing the currency, which contributed to increasing the inflation rate to record levels and led to a further deterioration in the exchange rate of the Lebanese pound, as the Banque du Liban printed a value of 13 thousand And 180 billion pounds of banknotes in Lebanese pounds during the first nine months of this year, a number that exceeds what was printed in local currency from 1977 to 2019.

Experts confirm that the Central Bank of Lebanon aims to reduce the size of the paper money supply in the Lebanese pound in the market, in order to reduce the pressure on the exchange rate on the black market, after flooding the market with the newly printed local currency increased the demand for the dollar and lowered the exchange rate of the pound further. Consequently, this process may control, to a small extent, the deterioration in the Lebanese pound’s exchange rate.

On the other hand, the concerned parties consider that this circular will not continue to be applied for a long period of time, and the Bank of Lebanon will withdraw from it sooner or later, until the excess of liquidity in Lebanese pounds is absorbed from the market, indicating that this mechanism will absorb the target quantity of banknotes, very quickly. Full article Press here.

These were the details of the news Stopping the collapse of the Lebanese pound … The Central Bank... for this day. We hope that we have succeeded by giving you the full details and information. To follow all our news, you can subscribe to the alerts system or to one of our different systems to provide you with all that is new.