The End of the Global Unified Economic System: The Rift of... 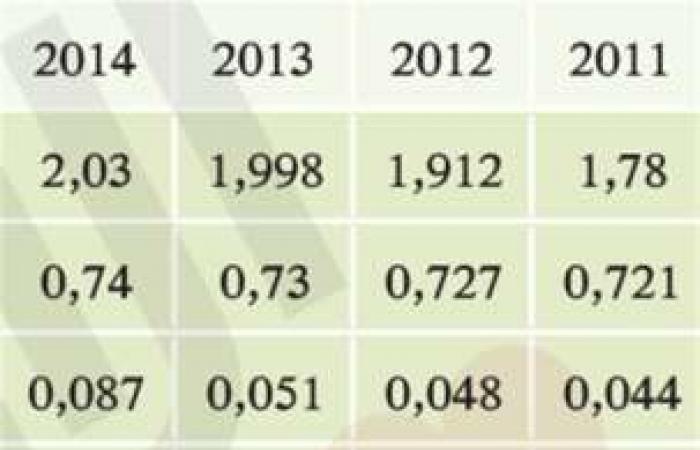 In light of the economic repercussions of the spread of the Corona virus in the world, news of the Sino-American trade war, its development and the extent of its reflection on global value chains and the future of technology, have been lost. This war took many dimensions, the most prominent of which was the sanctions on the Chinese technology sector. Last May, the US Commerce Department issued a decision to compel all companies that use US technology in the semiconductors industry to obtain a license from the ministry before exporting their products to the Chinese company, Huawei. Semiconductors are an essential element in the manufacture of electronic chips, which means that the main goal is to prevent Huawei from obtaining or even manufacturing the latest chips, noting that Huawei’s suppliers were previously able to circumvent similar US decisions.Smart penalties
There is no doubt that the sanctions against “Huawei” indicate that the target is the entire Chinese communications and information technology sector, meaning that the primary concern is the Chinese state, given the possibility of sanctions being extended to all sectors. These sanctions are not new, but began in 2018 with a clear goal: to halt China’s expansion in the communications and information technology sector. The solution may be for China to start manufacturing its own chips, but this is not an easy task at all, and the results are not guaranteed either. If China embarks on this mission, it is supposed to establish its own chip production lines free of American technology, or the technology of countries that revolve around the US. Here is the difficulty of the task. The most difficult issue is related to replacing the Ultraviolet Drilling System (EUV) produced by the Dutch company ASML used to carve slides, which has committed to the ban on Huawei since 2019. China is working on developing such a system, and this cannot happen overnight, Also, its cost will not be low. In return, manufacturing this product locally gives China and Chinese companies more control over production chains and the ability to develop modern segments without the need for American technology to modernize existing production lines.

However, even if China were able to solve the machine problem, it would still have a problem of another kind, as making newer chips and developing this process requires its own EDA tools (Electronic Design Automation Tools). The market for these tools, which can be divided into five main subcategories: design, simulation, verification, manufacturing set-up, and functional safety, is dominated by three US companies. Although he is hesitant that “Huawei” is working on developing its own “EDA” toolkit, it is not clear how far it has progressed in this task. EDA tools are software tools used to design integrated circuits and printed circuit boards. They are tools required to perform various tasks in the design, verification, and correction of semiconductor chips. This is complicated and cannot be done manually, as modern designs can contain tens of billions of transistors.
Even if China manages to solve this decade and catch up with Western technology, the path to producing pure Chinese chips will not become a paving for its companies. The matter requires a basic and fundamental step related to the selection of so-called “chip architectures”. Such a move may change the form of technological communication and integration, given that the architectures will impose a specific path on the technological production lines in China. It is up to the nature of these architectures that are necessary to manufacture a CPU. This process is based on choosing an ISA set of instructions, whose tasks are to provide commands to the processor and to link the program to the equipment. The problem is that programs designed for a specific architecture may not work on a different one without emulators.
It is true that China, since the arrival of President Xi to power, has focused on developing a policy of manufacture instead of buying, but it has relied on purchasing intellectual properties in the field of chip architectures, and most of the properties are registered in the names of companies that use US EDA tools. For example, the British-born company, ARM, cannot continue to sell its intellectual property rights to “Huawei” due to the use of American “EDA” tools in designing its architecture. The problem is further complicated by looking at the architectural classes. There are “faster CISC architectures” and “more energy efficient RISC architectures.” Traditionally, server manufacturing required CISC performance due to its speed. As for the manufacturing process of a phone, RISC can be satisfied. Here lies the Chinese problem. The world is moving to manufacture chips based on RISC architectures that are mostly protected by intellectual property via Arm and MIPS, while RISC-V is an open source (no IP) architecture that is still very popular.
Technological bifurcation
So, what is driving the trend of considering a Chinese move of the type of architecture manufacturing that might change the form of technological communication and integration in the world? The answer lies in the following: Choosing the core and architecture that the manufacturer will use will require the CPU with an architecture-specific system, including compatible tools, applications and middleware. Therefore, it may be difficult to switch if the development team is already accustomed to a particular “system” (or environment). In light of the continuation of the current and expected ban on the Chinese telecommunications and information technology sector, China will find itself forced to use RISC-V architectures of limited spread and a limited “system”. This means that Chinese technology will not be able to integrate with Western technology without simulation programs (which may be using American technology and be subject to embargoes as well).
Most of the experts familiar with the development path of Chinese technology sectors and those following the path of US sanctions and embargoes believe that the technology divide can create separate communication platforms and other high-tech systems, which reinforces this possibility, is the Chinese reaction to US sanctions. In a study titled “Technology, Power, and Uncontrolled Strategic Competition between Great Powers between China and the United States,” Xianjin Wu believes that there is a growing concern because of the Chinese reaction that crystallized through the “Chinese Standards 2035” plan, which aims to influence the work of the next generation of technology. Telecommunication to artificial intelligence. This will form the framework for the development of the future of this technology. Wu believes that politics and ideology have replaced positive thinking, while the United States is pushing in the direction of halting China’s drive in technological innovation by dividing global value chains for security purposes, as well as exacerbating mutual misconceptions between the Chinese and American governments and societies.

The world will have two options: to proceed with the use of Western technology centered on American innovation at high cost, or to use cheap Chinese innovation technology that is unable to integrate with Western systems without American permission.

Practically speaking, what the United States is doing is putting the countries and peoples of the world together between two options:
– Continuing to use Western technology centered on American innovation at high costs that may result from the Chinese reaction that will eventually lead to expelling Western companies from the heaven of cheap and high-level manufacturing in China. (Amer Mohsen explains the non-reproducible advantages of the manufacturing model in China and the many challenges facing Western companies’ production abroad.).
Choosing to use Eastern technology centered on Chinese innovation, which will not be able to integrate with Western technology systems without US permission, but at the same time it is cheap and suitable for the capabilities of the world’s middle and low-income people. This choice is part of a broader American trend that has become clear to the world to choose between the United States and China. Between staying in the dollar’s ​​paradise and the global economic system, or leaving it and bearing the financial and security costs of going to the other camp after the gray color disappeared from the American dictionary. This American policy has increased after the consequences of the spread of the Corona virus. China was the fastest to exit from it, and its economy was one of the first economies to start recovering at higher rates than expected. Pending the crystallization of the outcome of the Chinese efforts to catch up with Western technology, the world will witness the consequences of a severe American war that pushes countries away from China. If China succeeds in bridging the technological gap, the global economic system will begin to fragment with the emergence of two technological platforms (Western and Eastern), each of which imposes its own value chains that push towards positioning clearly within one system without the other.

These were the details of the news The End of the Global Unified Economic System: The Rift of... for this day. We hope that we have succeeded by giving you the full details and information. To follow all our news, you can subscribe to the alerts system or to one of our different systems to provide you with all that is new.