The American economy is waiting for a stimulus package of 3... 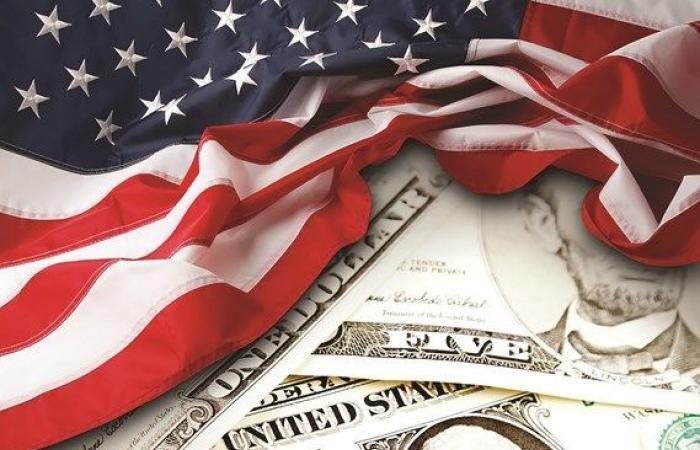 A report issued by the National Bank of Kuwait said that the US dollar declined for the second week in a row, which did not witness any significant economic events, while it was burdened on the political level, as the debates of the deputy presidential candidates that took place last week still indicated Joe Biden’s narrow progress in Opinion polls against President Trump amid growing expectations to delay the fiscal stimulus package until after the presidential election.

Trump also suddenly stopped negotiations with Democratic lawmakers regarding developing economic stimulus package legislation to counter the repercussions of the Corona virus outbreak until after the elections.

Analysts expect that both candidates will provide some kind of stimulus packages, while opinions indicate that Biden’s presidency, combined with the directions of the US Senate under the control of the Democratic Party, may lead to the approval of a larger economic stimulus.

Financial incentives, ranging between $ 1 and $ 3 trillion, are expected to increase the money supply of the US currency and also raise public debt levels of $ 26 trillion, which should theoretically reduce the value of the dollar. However, the governors of global central banks, including the United States, have expressed the importance of renewing government spending programs to support families and companies at a time when the battle against the recession caused by the Corona virus enters a critical stage.

Federal Reserve Chairman Jerome Powell said during a business conference that the health risks and the possibility of extending “stressful conditions” as a result of slowing economic growth and high unemployment rates may lead to “steady recession dynamics” that may last for a long time, as weak economic growth exacerbates through successive rounds of Layoffs, default, and bankruptcy. Financial incentives may contribute to facing these difficulties by boosting spending on the retail sector, rents and mortgage, in addition to compensating for some of the 11 million jobs lost during the pandemic. And contributed to the growing expectations that Biden would win the presidential elections to calm the conditions of volatility in the markets and boosted the sentiment of the currencies that were affected by the trade war between Washington and Beijing.

Last week, the Chinese yuan recorded its highest daily appreciation in more than four years. Indeed, the fact that Chinese policymakers allow this daily adjustment indicates that China is also betting on Biden’s victory. The assumption of a new administration in the White House could lead to the consolidation of more stable relations between China and the United States and a de-escalation in the trade war that has continued over the past four years.

Emphasizing the importance of the role played by trade policies, last week the Ministry of Commerce issued a statement indicating that the US trade deficit in August rose to its highest level in 14 years in light of the increase in imports again.

The trade deficit jumped by 5.9% to reach $ 67.1 billion, in what is considered the widest gap since August 2006, as imports rose by 3.2% to reach $ 239 billion. The data beat economists’ expectations, indicating that trade could be a drag on economic growth in the third quarter.

These were the details of the news The American economy is waiting for a stimulus package of 3... for this day. We hope that we have succeeded by giving you the full details and information. To follow all our news, you can subscribe to the alerts system or to one of our different systems to provide you with all that is new.