INTERVIEW: The investment logic of the Israel-UAE entente 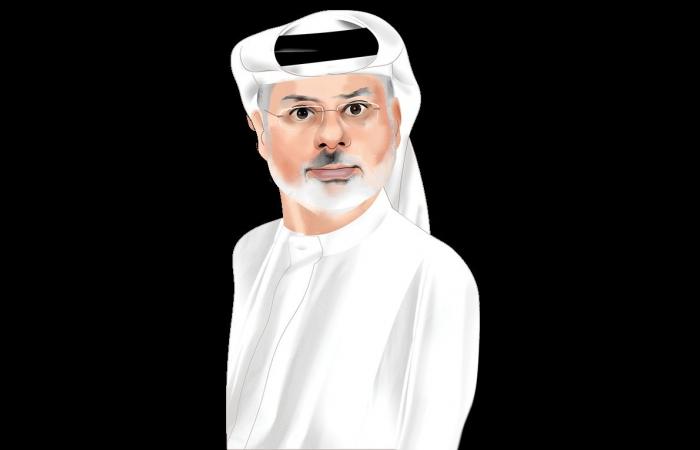 Thank you for reading the news about INTERVIEW: The investment logic of the Israel-UAE entente and now with the details

Jeddah - Yasmine El Tohamy - Sabah Al-Binali has a reputation in the Arab world as a straight-talking deal-doer, with a long record of high-profile transactions in the UAE and Saudi Arabia on his CV. But his latest venture could be just about the most significant of the lot.

Al-Binali, a native of Abu Dhabi but with a solid family lineage in Saudi Arabia, was named head of Gulf region business for OurCrowd, a $1.5 billion Israeli venture capital firm, which has linked up with Al Naboodah, one of the best-known family business names in the region.

“If you look at my experience and what I’ve done in life, it’s been about building businesses and making investments — creating value. It’s not just been about harvesting money,” he told Arab News.

The OurCrowd-Al Naboodah link-up could not have been possible just a few short weeks ago. It is one of the first fruits of the normalization of relations between the UAE and Israel under the Abraham Accord, and the biggest so far in the financial sector.

An investment fund has been set up under the deal, initially with $100 million of capital injected by Al Naboodah and some other Gulf entrepreneurs. Al Naboodah’s business development unit, Phoenix Capital, will seek to create a two-way street in investment business between Israel and the UAE, and with OurCrowd’s 220 portfolio companies around the world.

“I think it says something that one of the first firms Al Naboodah looked to was OurCrowd. It’s a testament that the language of business is global. Both countries have been dealing with the world before — it’s not as if this is the first time that a market has opened from the UAE to the rest of the world.

“The entrepreneurial and business mentality is strong in both counties and once the political normalization happened, you saw how fast things can happen, because both sides are very experienced at striking cross-border deals,” Al-Binali said.

He believes there are many opportunities for mutually profitable investment relations between the Gulf and Israel. “On all facets of investment, on business development, on research and development, on innovation and on trade, these opportunities exist both in Israel and the UAE. Both countries can be both the origin and destination of the investment,” he added. The eventual size of the fund could reach “multiples” of the initial $100 million, he said.

There are some fundamental synergies between the UAE and Israel that make the connection compelling. “The UAE and GCC governments have created great infrastructure for foreign firms to expand into the region. The Israeli government created a ‘startup nation’ with a leading edge in global technology. It is a natural match,” he added.

He is only a few days into the job, which was agreed within a month of the Israeli-UAE entente, and understandably there is much detailed work to do on where investment funds are directed. But already there are three main channels of focus.

One is into OurCrowd’s big international portfolio. “OurCrowd is a global platform — 40 percent of its investments are outside of Israel, in the US, Australia and Singapore. One of the largest recent unicorns was in Singapore,” he said.

Then there is business expansion by OurCrowd’s current and future portfolio companies. “These are companies that want to expand operationally into the UAE, Bahrain and other countries if and when they normalize.

“It makes a lot of sense — there is no corporate income tax here in the UAE, while there is lots of tax in Israel. Our work and residence laws are very welcoming and open. We’re a hospitable nation that has experienced welcoming people from all over the world for decades. So that’s an easy one,” Al-Binali said.

“The third one is to back startups and entrepreneurs in the UAE, Bahrain and other places where things are normalized. You can see we’re looking at all opportunities and I’m sure there will be many of them,” he added.

Al-Binali reeled off the potential sectors for the new fund. He sees technology as an enabler in all sorts of areas: Medical, agriculture, national security including cyber, and financial technology. “Fintech in particular, because Israel has technology and the UAE is a financial hub,” he explained.

As an example of business “going the other way,” he cited DP World’s recent deal with Bank Leumi to develop port logistics in the country, but there are many other potential areas too.

In hospitality and tourism, he sees a big potential market in Western Christian travelers who want to undertake a Middle East tour through Jerusalem and Dubai, for example.

The defense business is complicated by the international laws and treaties covering the trade in arms, but, as Al-Binali pointed out, it is not just about weapons of war.

“Cyber technology doesn’t have to be part of the defense sector. It can be used by the financial sector or the telecoms companies. We’re not necessarily talking about the sale of weapons or arms, we’re talking about technology”, he said.

Drone technology is another example of multiple applications. “It can be used in terms of national security, but it can also be used for the maintenance of pipelines and geological surveying. There are lots of uses of drones that go beyond the military.

“Small drones can give civil defense an instant view of what’s going on in a large fire in a building. These technologies can be used in the military but can also be adapted to the civilian sector,” he said.

OurCrowd was founded by American-Israeli entrepreneur Jonathan Medved seven years ago, with a distinct technology edge. It lists Virgin Hyperloop One, the fast-transit technology being developed in the US, but it also has big plans in the Middle East, with one of its portfolio companies boasting an interest valued at $3.8 million.

Al Nabodah is one of the oldest family businesses in the UAE, with the traditional range of business interests in construction, real estate, logistics and transport. “In the investment world and the business world, Al Naboodah is very well known. Anybody wanting to know who to do business with in Dubai or the UAE would have put Al Naboodah on their list. They have deep contacts across the world,” Al-Binali said.

How does Israeli business culture compare and contrast with that of the UAE?

“It’s similar in that it’s built on relationships and trust, and person-to-person contact — backed by legal paperwork of course — but you have that same initial contact culture. I call it Middle East-ism. In terms of communications style, I’d compare Israelis with Russians, who I’ve experienced before. The language is much more direct.

“But the Israelis understand us because they’ve dealt with a lot of other countries that have the same culture, and I understand the Israelis’ communications style. It’s similar to Russians, and quite similar to New Yorkers,” he said.

Al Naboodah also has an office in Riyadh and has done a lot of business in Saudi Arabia, and while Al-Binali believes it is too early to talk about a rapprochement between the Kingdom and Israel, he is sure there is plenty of business opportunity there too.

“We cannot talk in concrete terms until Saudi Arabia decides whether or if it wants to normalize. But I can say we’d see the same speed of business building that we’ve seen here, because the Saudis have the same characteristics.

“Saudi government institutions are worldly, they’re used to dealing with companies from around the world. Saudi business families are also very global. The same elements that make me see the first initial steps to success in the UAE-Israel partnership exist in Saudi too — except that the Kingdom has a much larger economy.

“If and when relations are normalized, from a business perspective, I can see tremendous value creation in Saudi and Israel, but also for the UAE and Bahrain. The more the GCC is seen as a big common market, the more interest there will be,” he said.

“Some of my business friends in New York are telling me they will deploy into anything between Israel and the UAE. They see this as a virgin business route that can pay huge dividends,” he added.

These were the details of the news INTERVIEW: The investment logic of the Israel-UAE entente for this day. We hope that we have succeeded by giving you the full details and information. To follow all our news, you can subscribe to the alerts system or to one of our different systems to provide you with all that is new.