The Turkish Lira continues to decline. Will this new measure save... 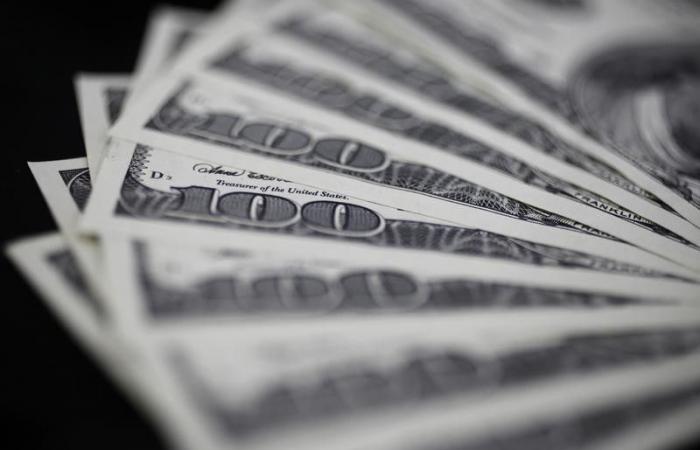 Investing.com – The dollar made gains as the European trading session opened on Wednesday, as a barrage of tweets from US President Donald Trump boosted the US currency.

The dollar had advanced since yesterday night, taking advantage of the suspension of stimulus negotiations, which means pumping huge sums of dollars into the local economy and increasing the money supply, which would have negatively affected the price of the US currency.

In his tweet on Twitter last Tuesday night, President Trump announced the end of the stimulus package talks with Democrats, dashed hopes that the package would be approved by Congress before the presidential elections scheduled for November 3, and instructed his representatives to stop negotiations until after the elections. This frustrated hopes of providing a boost to the economy in which individuals and companies, including airlines, are suffering from the impact of the ongoing Corona epidemic.

Trump accused Pelosi of “not negotiating in good faith” and said that the package she proposed “is in no way related to the Corona epidemic.”

In the ING Bank’s daily report, analyst Robert Carnell wrote a comment on the US president’s decision: “This is a curious decision. President Trump could have claimed at least that the reason for the failure of the negotiations lay with the opposition, after holding the talks without reaching them.” To a satisfactory result. “

“The US president’s pulling the plug unilaterally, at a time when many states are finding that their ability to finance unemployment insurance is being challenged by a lack of funds looks like a gamble that is not expected to bear fruit,” Carnell added.

Hours after his first tweet, the US president returned to Twitter during the Asian trading session, calling in his tweets for airline support and the salary protection program. This caused expectations that he may have changed his mind, at least in part, which has caused a change in market sentiment.

Federal Reserve Chairman Jerome Powell rang the alarm just an hour before President Trump’s tweet announcing the suspension of talks, in his speech to the National Association for Business Economics (NABE) conference. Powell warned that the US economy could slide into a downward spiral if the Corona epidemic is not effectively controlled, and called for more government aid and stimulus money. Also among the other important figures speaking at the conference was European Central Bank chief economist Philippe Lane.

On top of today’s Fed events, markets will be awaiting the release of the bank’s last meeting of the Federal Open Market Committee (FOMC), scheduled as usual at 2:00 PM ET (6:00 PM GMT). The record is now the focus of intense focus, as the hopes for stimulus have ended. As for the ECB meeting minutes, it will be released tomorrow, Thursday, at 7:30 AM ET (11:30 AM GMT).

And if the financial stimulus provided by governments is limited in the near future, then the support for the economies affected by the Corona epidemic will fall on the shoulders of central banks, led by the world’s largest central bank, the Federal Reserve.

On the fight against the epidemic, new restrictions were imposed after six US states announced records for the number of daily infections. The number of injuries reached 35.6 million cases worldwide, according to data from Johns Hopkins University.

On the data front, the US Trade Balance figures released yesterday showed a deficit of $ 67.10 billion in August, the largest deficit in 14 years. Analysts had expected the data to show a deficit of $ 66.10 billion expected, up from the July figure of 63.40 billion. The data also showed that imports rose to $ 239 billion, which makes the trade balance a potential obstacle to US economic growth during the third quarter.

We remain with the data, as numbers released this morning showed that the German fell 0.2% in August, a much weaker reading than analysts’ expectations who had been expecting the index to rise by 1.5%. Nevertheless, it rose 0.2% to 1.1753.

Commenting on the data, analyst Karsten Brzezki of ING wrote in a report to the bank’s clients: “After the German industrial sector enjoyed two strong months in May and June, it is clear that it is struggling to gain more momentum. But the upside is that even If the September report (to be released next month) shows that industrial production has remained unchanged, the quarterly growth rate will remain around 10%.

Also in central bank news, the Polish central bank is scheduled to hold a monetary policy meeting later on Wednesday. All 24 economists surveyed by Bloomberg expect the bank to leave the benchmark borrowing interest rate unchanged at 0.1%, a record low in the bank’s history, as the record numbers of coronavirus infections in the country worries about Poland’s economic outlook, and supports the idea of ​​preserving Interest rates are near zero.

The Turkish lira continues to decline against the US dollar, decoupling its path from emerging market currencies. The Turkish lira’s decline comes against a backdrop of growing geopolitical risks in the region.

The Turkish lira hit a new record low against the US dollar, losing about 24% of its value, and becoming the second worst emerging market currency after the Brazilian real.

The Turkish lira is recorded at 7.85 against the dollar, and Russia is preparing to start using the Russian Sukhoi 400 defense system, ignoring the grumbling of the United States. This comes in light of the conflicts that Turkey is engaging in in the Caucasus region. Turkey is trying to impose its hegemony in the eastern Mediterranean, in defiance of the Greek and Cypriot maritime borders.

Turkey angered the United States with the experience of the Russian defense system.

Apart from the conflicts between Armenia and Azerbaijan, there is a high risk of the United States imposing sanctions on Turkey because of the Russian defense system, “according to Piotr Matisse, from Ruba Bank.” By testing the Sukhoi 400 defense system, before the US presidential elections, the results are not known yet. ”

Turkey sold $ 2.5 billion in debt to international investors on Tuesday, in the first similar move since February. The bond price was 6.4%, compared to 4.25%, for the same maturities issued in February.

But analysts continue to see a pessimistic view of the Turkish lira, with expectations of 8 lira per US dollar, amidst all tensions.

These were the details of the news The Turkish Lira continues to decline. Will this new measure save... for this day. We hope that we have succeeded by giving you the full details and information. To follow all our news, you can subscribe to the alerts system or to one of our different systems to provide you with all that is new.