Saudi outperformance amid a weak Gulf performance … and real estate... 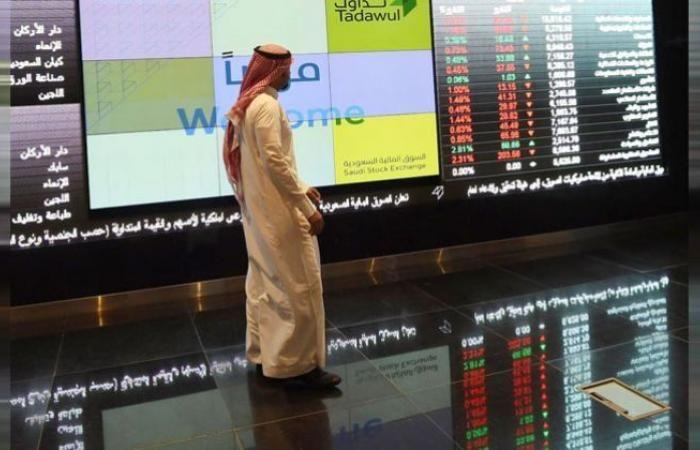 Most of the major Middle East markets closed lower on Monday, as real estate sector losses pressured Dubai’s index, while the Saudi market bucked the general trend to close higher.

Reuters today quoted an oil sector source as saying that the kingdom exported 6.1 million barrels per day of crude in September, which is slightly more than August levels, and Riyadh kept production little changed at 8.974 million.

The main index of Dubai shares fell 0.9%, affected by the drop of the leading Emaar Properties 1.8%, and the drop in Emirates NBD Bank 1%.

The Abu Dhabi index fell 0.1% due to the loss of First Abu Dhabi Bank, the largest bank in the UAE, 0.2%, and the share of Aldar Properties, which fell 1%.

But the share of the International Aquaculture Holding Company rose 0.8 percent after its subsidiary IHC Food Holding concluded a $ 225 million deal with a group.

D. To develop agricultural lands in the Sudanese Nile State.

A survey on Monday revealed that the non-oil private sector in the UAE returned to growth in September, but companies continued to cut jobs amid problems related to the flow of liquidity and concerns about reimposing restrictions to contain the emerging Corona virus.

Last week, the UAE recorded the highest daily number of HIV infections at 1158, after an increase in the frequency of daily infections over the past two months, which the authorities attributed to the weak commitment to social distancing measures.

Outside the Gulf region, the leading stock index in Egypt fell 0.6%, and most of the index stocks such as Ibn Sina Pharma, which fell 3.6%.

These were the details of the news Saudi outperformance amid a weak Gulf performance … and real estate... for this day. We hope that we have succeeded by giving you the full details and information. To follow all our news, you can subscribe to the alerts system or to one of our different systems to provide you with all that is new.