The price of the dollar in Lebanon today, Sunday, September 27,... 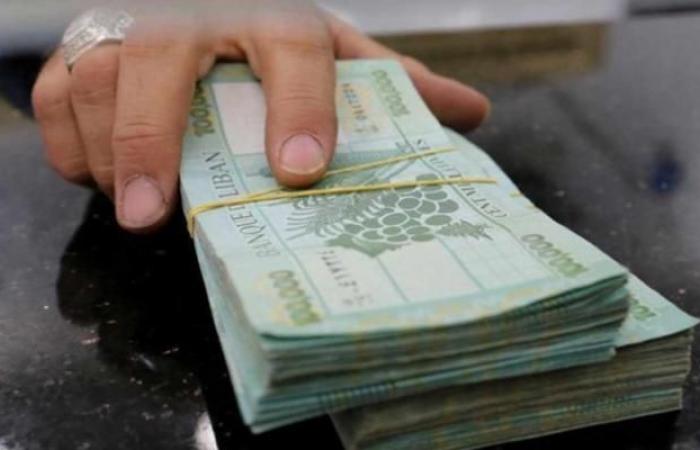 After a big jump during the past hours, the price of the dollar fell against the Lebanese pound, today, Sunday, in the parallel “black” market, but it remained above the threshold of 8 thousand pounds, and the currency rate remained constant in the central bank, banks and exchange.

The green currency jumped yesterday, Saturday, after the Prime Minister-designate Mustafa Adeeb apologized for continuing the task of forming the government, amid expectations of further rise due to the high demand for the green currency in light of the increase in political tensions, which further deteriorates the Lebanese economy.

During the past weeks, the exchange rate of the pound on the black market stabilized at 7,500 pounds against the dollar.

After Adib’s apology, the dollar rose in an unprecedented way to record 9,000 pounds on the black market, while information from market dealers indicated that it touched the 10,000-Syrian-pounds barrier in the Bekaa region.

On Friday, International Monetary Fund spokesperson Jerry Rice confirmed that the fund is present to engage with the Lebanese government when it is formed. He added, “We must proceed with the required reforms to restore confidence in Lebanon and face the challenges.”

Amid this state of chaos prevailing in the political street in Lebanon, some economists warned against the dollar crossing the threshold of 15 thousand pounds.

Financial expert and economist Antoine Farah told local media: “Yes, there is an expected disaster if we do not have a close solution to our crisis, and the dollar on the black market will rise, of course, but in a limited way, but the real disaster will be after a few months, then the country will enter the stage of hyperinflation.” This means that we have reached the Venezuelan scene. ”

On October 17, 2019, thousands of Lebanese took to the streets to protest the performance of the political class, which they accuse of corruption and failure to manage successive crises.

The economic crisis in Lebanon has caused high inflation and pushed nearly half of the population below the poverty line.

Lebanon is under a public debt burden of $ 92 billion, or 170% of the value of its GDP, and last March, the Lebanese government suspended payment of $ 1.2 billion in debt.

Hours after the big jump, the price of the dollar fell in the unofficial (black) parallel Lebanese market during early trading on Sunday morning, ranging between 8200 and 8300 compared to 9 thousand pounds per one dollar during yesterday evening trading.

Financial experts expect the dollar to continue its rise, as a new increase in cases of corona infection in Europe has boosted the appetite for it as a safe haven, in addition to the increase in political tensions.

The Syndicate of Money Changers announced pricing the exchange rate of the US dollar against the Lebanese pound on Sunday 26/9/2020 exclusively, with a moving margin between buying at a minimum price of 3850 and selling at a price of 3900 as a maximum.

The dollar is also spent at this level for food and medical supplies companies, according to conditions.

These were the details of the news The price of the dollar in Lebanon today, Sunday, September 27,... for this day. We hope that we have succeeded by giving you the full details and information. To follow all our news, you can subscribe to the alerts system or to one of our different systems to provide you with all that is new.