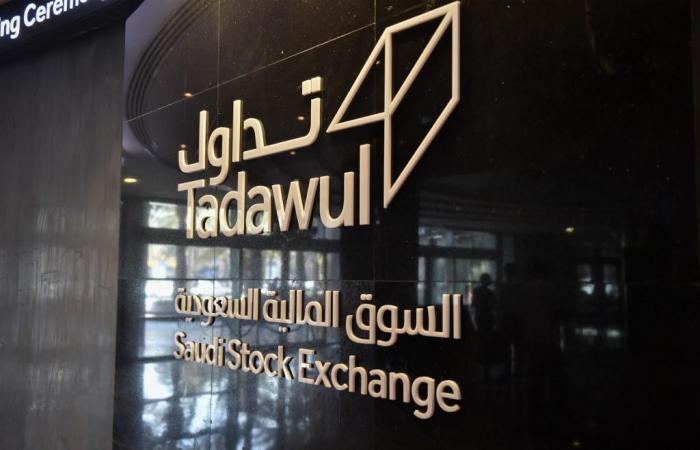 ‘You ain’t seen nothing yet,’ said Peter Rawlinson, CEO of Lucid Motors. Given that he was talking about groundbreaking electric vehicle (EV) technology after launching what he called “the best car in the world,” that was quite a claim.

Rawlinson, who learned the car design business at UK sports car legend Lotus before going on to work on the design of the Tesla S, believes that the Lucid Air — launched last week to much online fanfare — is not just a game changer for the motor business, but for the world.

“We’ve got the best car in the world, but I’m more excited to know that we have technology that can cascade down to more affordable models for the man in the street. That’s what is going to change the world, not just selling more luxury cars,” he told Arab News.

What makes it all the more fascinating is that this planet-changing technology has been enabled by Saudi Arabia, known for the past century as the global hub of the conventional hydrocarbon industry, but which stands to lose out if, or when, gas-guzzling giants give way to clear electric vehicles.

The Kingdom’s Public Investment Fund (PIF) owns a majority stake in Lucid, having invested more than $1 billion into the project in 2018. “They put their faith in us, that’s why we’re here today thriving,” Rawlinson said.

He believes the launch of the Air could be the moment the EV market really takes off. The car, which could be available in the Middle East as early as next year following its planned debut in the US next spring, boasts better performance, longer range and more comfortable design than virtually any other currently in the EV market.

It is aiming unashamedly at the luxury saloon segment, dominated by German manufacturers such as BMW and Mercedes, and is priced around $90,000 to $170,000 per car, depending on model and specification. Reductions for that price are planned after the first year of production.

It will also, inevitably, come up against Tesla, the undoubted leader in the EV production space, and the most valuable car company in the world, but Rawlinson is not daunted by that prospect.

“The Tesla Model S is beautifully designed and engineered, and it has undoubtedly been disruptive, but it is not aimed at the luxury market. The Model S is a good first effort, but we felt we could take it to another level,” he said.

“There’s so much more to come. There might be some disbelief out there; people might think I’m crazy, but I am the guy who designed the Model S,” he added.

Tesla is a rival, but he does not see it as a case of “either/or” in the EV market. There is plenty of room for the two manufacturers, especially with Lucid’s chosen segment being the luxury end.

“We are overtly targeting the grand European marques that are mostly gasoline powered. That is a $100 billion market, and if we just scratch the surface of it and don’t steal a single customer from Tesla, we can thrive,” he said.

He does not think the existing gasoline-dominated industry is doing very well with its efforts in the EV space, and that manufacturers like Porsche and Audi have not realized the range and performance efficiencies he has achieved with the Air.

The key for the Lucid Air, he said, was that he was able to design an EV car from scratch, whereas all other designs have been developed with existing petrol-driven conventions in mind. Lucid has miniaturized EVs to an extent not seen before in the industry, from battery size through to the power train and in-car technology.

“Any fool can just stuff a bigger battery in and take up a load of space. It’s like solving a 3D puzzle, and miniaturization changes the rules of the puzzle. We can make the engine so tiny, and the electronics so tiny, that there is a lot more room for the passengers,” Rawlinson said.

He compares the Air to the “Tardis” time-machine familiar to fans of the British TV series “Doctor Who” — small on the outside but amazingly spacious on the inside.

Miniaturization opens another horizon too. A more efficient battery with greater range can give much higher performance levels. Lucid’s Atieva battery powers the Formula E vehicles that have been showcased at Saudi Arabian motorsports events. But it can also be the key to mass-market take-up of EV cars.

“The advantages are compactness, efficiency and the fact they are mass-producible. If we can reduce the inherent cost of transport, that’s where it gets really exciting. Who will make the $30,000 car? It might not be us, but we can license our technology to the likes of Honda or Toyota,” Rawlinson said.

If it all goes to plan, it could be the next step along the road to the “energy transformation” much talked about by environmentalists and economists, where fossil fuels are gradually but inevitably replaced by EV as the world’s main form of transportation.

The role of Saudi Arabia, the world’s biggest oil exporter, within this transformation might appear counter-intuitive. The PIF injected the resources into Lucid to bring the Air project to fruition, and could be asked for more funds to get to next big initiative — an SUV planned for 2023 — into production. “On the surface it’s a paradox, but when you delve a little closer it’s clear. The Kingdom has Vision 2030, and Saudi Arabia and the PIF are an intelligent bunch. They know the oil is going to run out one day, but the sunshine is going to be there a lot longer than that. I think they recognize that the writing is on the wall for gasoline engines,” Rawlinson said. “They’re looking well into the future to secure it for generations to come. I think the whole world benefits, because we all breath the same air. Climate change is real,” he added.

Rawlinson believes that his energy storage systems could have potentially game-changing consequences for the Kingdom’s energy industry, especially in solar sources.

“That would be awesome for Saudi Arabia,” he said. “They have enough sunshine and they should really be harvesting it,” he said, noting that efficient battery power has applications across many sectors of industry such as agriculture, mining, heavy equipment power and drones.

The Kingdom wants industrial, hi-tech development as part of the Vision 2030 strategy, both to increase local employment and to enhance its own technology, and Rawlinson is already committed to helping out by basing some of its production capacity in Saudi Arabia.

“We’d love to do that, to help Saudi Arabia with the genesis of a motor industry there in the Kingdom. To birth its motor industry in pure electric might seem a paradox, but that’s how future-looking they are,” he said.

He is also beginning to think about the aviation business, regarded by many energy experts as the ultimate prize for electrification, but which presents big problems on battery efficiency and range factors. Nobody has yet come up with a truly viable alternative to jet fuel for long-haul air travel.

“I’d love to get into electric aircraft. I hardly dare to say it, because it sounds like I’m completely nuts, but I think in the next 10 years you’re going to have an explosion in development of relatively short-range electric aircraft. We’ve got all the battery technology and integrated power-train solutions for electric aircraft,” he said.

That is all in the not-so-distant future, and for the moment Rawlinson is focusing on completing the Arizona production facility and getting Air cars on sale, first in the US next spring, then in Europe and the Middle East later in the year, or possibly early in 2022. Entry into the Chinese market — “the big one” — will come last.

“Getting the first car into production is very significant. If we fail at that, it would not be good, so I’m aware of the enormity of the task and treat it with the appropriate degree of humility. But this is very special. We can redefine what is possible for electric vehicles and the technology is groundbreaking. No-one else is even close,” he said.

These were the details of the news Saudi Arabia’s BinDawood Holding sets IPO price range for this day. We hope that we have succeeded by giving you the full details and information. To follow all our news, you can subscribe to the alerts system or to one of our different systems to provide you with all that is new. 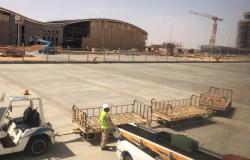 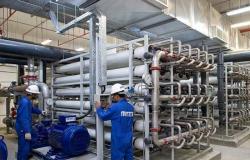 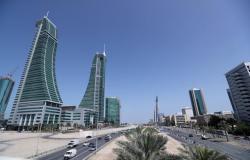