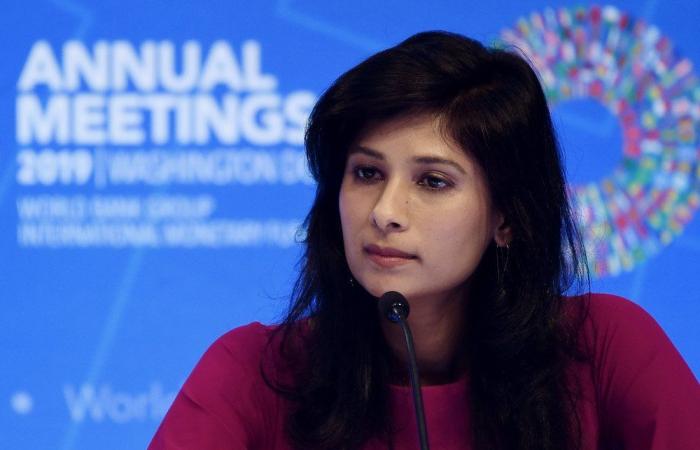 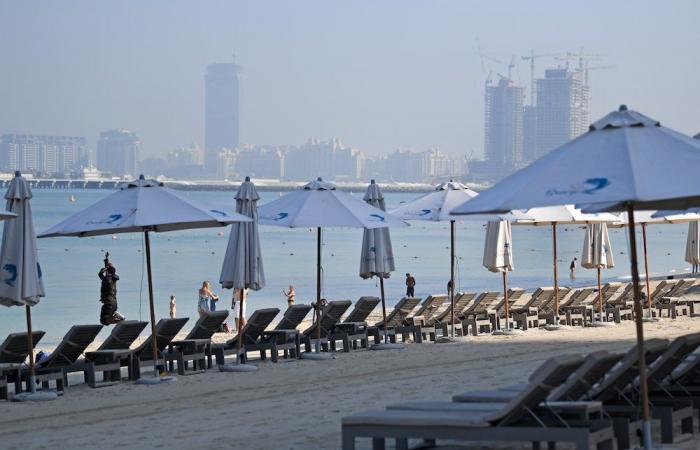 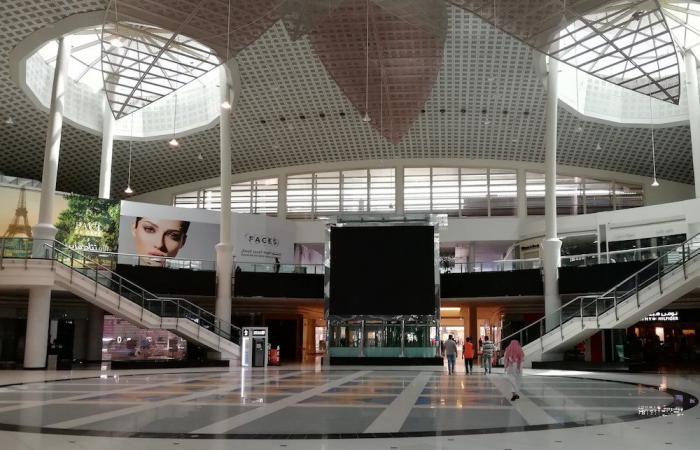 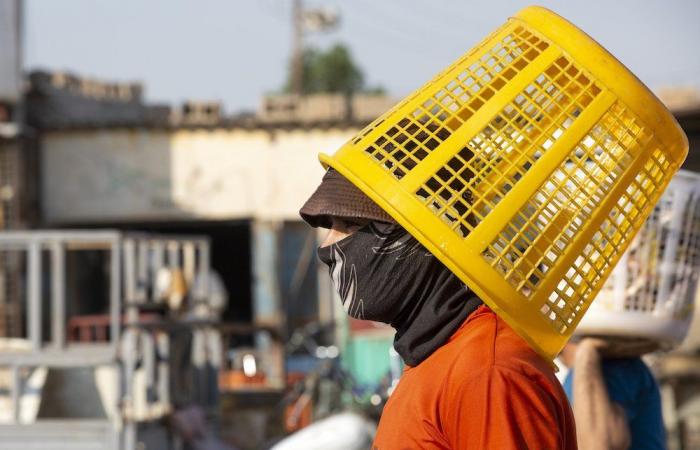 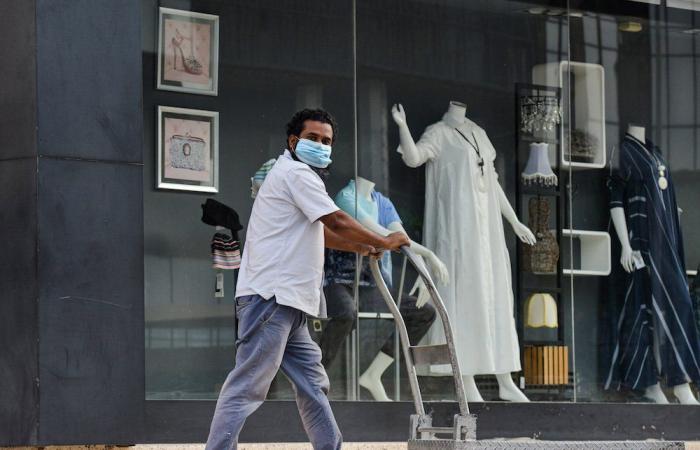 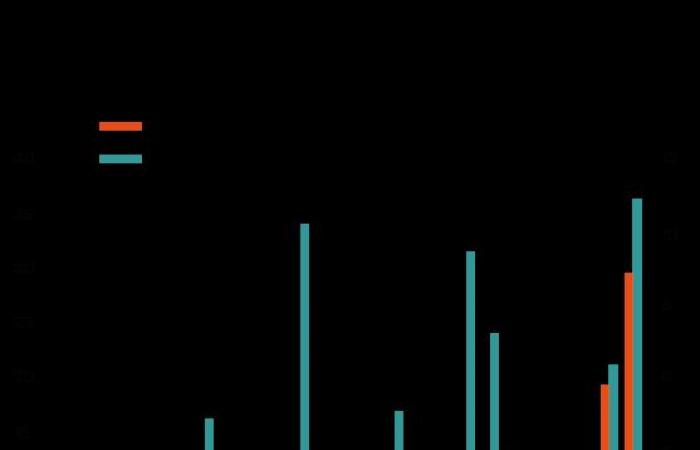 Jeddah - Yasmine El Tohamy - Dubai: Imagine a scenario where every man, woman and child on the planet had to suddenly come up with $1,600 in cash.

For some in the wealthy West, it would be small change, but for others it would be a significant task. For the world’s middle classes, it would require a readjustment of spending priorities — perhaps a vacation canceled, or a big purchase delayed.

Given that gross domestic product per capita — how much each person in the world earns on average per year — is around $18,000, according to estimates by economists, $1,600 would be a big lump sum to meet for many.

For hundreds of millions in the developing and emerging world, it would be a life-or-death situation. For people in Liberia or Mozambique, for example, $1,600 is more than the annual salary, according to the World Bank. Having to hand over that cash would mean not being able to eat or get medical care.

That is the situation effectively forecast by the International Monetary Fund (IMF). The economic shock from the pandemic lockdowns and the ongoing damage it is doing to the global economy will cost us $12 trillion in lost economic output by the end of 2021 — roughly $1,600 per human being on the planet.

Of course, there is not going to be some global tax collector visiting each household in the world to demand the cash. Rather, it will be a slow but relentless deterioration in income and capital over the next 18 months. But it is a measure of the unprecedented situation we find ourselves in because of the coronavirus disease (COVID-19).

The IMF called it a “crisis like no other.” Managing Director Kristalina Georgieva said: “The world has changed almost beyond recognition. No country has escaped the health, economic and social impacts of the COVID-19 crisis.”

Apart from the headline-grabbing $12 trillion number, there were other shocks in the IMF’s World Economic Outlook. The world economy is predicted to shrink by the end of 2020 by nearly 5 percent — one of the biggest annual falls in economic history outside war and nearly 2 percent worse than the gloomy prognosis the IMF produced in April, when it suggested the downturn would be the most dramatic in nearly 100 years.

Nor could the IMF predict with any certainty when the economic chaos would end. “There is a higher-than-usual degree of uncertainty around this forecast. The recovery is projected to be more gradual than previously forecast. Downside risks remain significant,” it said.

On virtually every measure of economic health, from GDP forecasts through consumer spending to transport and mobility and including world trade, the pandemic is still wreaking terrible havoc on the world economy.

But some areas will be more badly affected than others. In what the IMF calls the “advanced” economies, “there appears to have been a deeper hit to activity in the first half of the year than anticipated, with signs of voluntary distancing even before lockdowns were imposed.”

“There are, however, substantial differences across individual economies, reflecting the evolution of the pandemic and the effectiveness of containment strategies; variation in economic structure (for example, dependence on severely affected sectors, such as tourism and oil); reliance on external financial flows, including remittances; and pre-crisis growth trends,” the IMF said.

The “emerging” markets are already pretty close to the worst-case scenarios the IMF mapped out in April. Most do not have the capital depth of the West, nor have they put in place measures to support employees through the (hopefully) temporary disruption to employment and income as a result of lockdowns.

The International Labour Organization (ILO) estimated that some 300 million full-time jobs were lost around the world just in the second quarter of the year, when the pandemic was at its peak. This will inevitably affect workers in Asia, Africa and Latin America more than the rest of the world.

“The hit to the labor market has been particularly acute for low-skilled workers who do not have the option of working from home. Income losses also appear to have been uneven across genders, with women among lower income groups bearing a larger brunt of the impact in some countries,” the IMF report said.

The ILO calculates that some two billion people worldwide are “informally employed,” ranging from Uber drivers to agricultural day laborers, and that around 80 percent of them have been significantly affected by the slump in employment.

This overwhelmingly bleak picture is relieved, however, by some of the measures that governments have taken to mitigate the pandemic shock. “Policy countermeasures have limited economic damage and lifted financial sentiment,” the IMF said.

Since the real onset of the global pandemic in March, governments have spent around $11 trillion on a series of measures to help offset the economic downturn, ranging from the $3 trillion-plus “bazooka” fired by the US Federal Reserve through to more modest efforts to stabilize financial and banking systems and support small to medium businesses.

“Swift and, in some cases, novel actions by major central banks have enhanced liquidity provision and limited the rise in borrowing costs. Meanwhile, financial regulators’ actions — including modification of bank-loan repayment terms and release of capital and liquidity buffers — have supported the supply of credit,” the IMF said.

Financial markets have generally behaved responsibly during the pandemic crisis. After an initial big downturn in March, the key Wall Street indices have reacted positively to stimulus and support packages and returned to approach near-record levels.

There has also been concerted action to improve the financial position of the most vulnerable countries and economies of the emerging markets.

At a G20 meeting hosted by Saudi Arabia in March, agreement was reached by the biggest economies in the world to forgive some debt repayments by poorer countries and to be more flexible on repayment terms.

It might seem that the $11 trillion pledged in support of pandemic mitigation rather neatly balances the $12 trillion hit to the global economy the IMF described, but that would be simplistic, as global consulting firm McKinsey & Co pointed out in a recent paper.

For one thing, McKinsey estimated that spending by governments could actually reach around $30 trillion by 2023 as the unpredictable effects of the pandemic lingered.

Such global levels of public debt are as unprecedented as the circumstances that gave rise to them. The long-term economic effect of so much “printed money” washing around the world is impossible to forecast.

“Governments will need to find ways to manage these unprecedented deficits without crippling their economies. It is this challenge which creates the need for the great balancing act: Managing the $30 trillion deficit while restoring economic growth,” McKinsey said.

It added: “Decisions to ‘print money’ at scale could prompt a rise in inflation. And a big rise in taxation could hamper business innovation and growth and harm countries’ competitiveness. Any of these paths could lead to a vicious cycle in which both economic growth and public revenues are suppressed for years to come.”

The firm suggested measures that governments could use to simultaneously “ensure that they sustain sound public finances and economic competitiveness,” including more effective tax collection and fraud reduction.

“We believe the crisis presents a historic opportunity for government and business to forge a new social contract for inclusive, sustainable growth,” McKinsey said.

Whether the world takes that opportunity remains to be seen. For now, many people will just be focusing on how they can raise $1,600 in a hurry.

These were the details of the news Bahrain to pay 50% of wages for private firms hit by coronavirus for this day. We hope that we have succeeded by giving you the full details and information. To follow all our news, you can subscribe to the alerts system or to one of our different systems to provide you with all that is new.